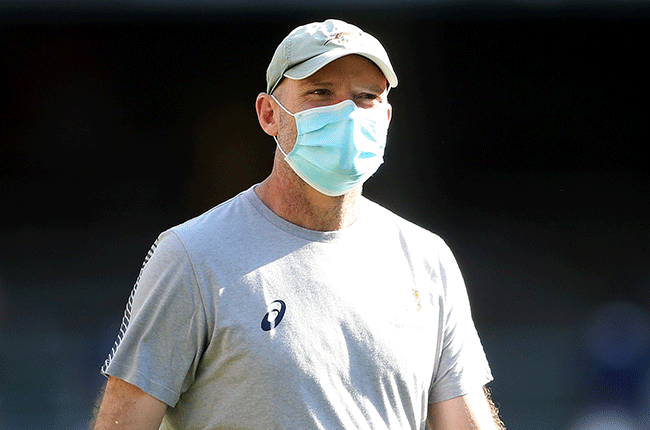 Springbok coach Jacques Nienaber believes that last weekend's Springbok Showdown was a "worthwhile exercise" as some of the country's brightest young talent rubbed shoulders with the World Cup winning Springboks.

Saturday's match at Newlands saw a 25-9 win for the Siya Kolisi-led Green team over the Gold team.

Nienaber saus the match gave the coaches an opportunity to work with the talented youngsters coming through the system.

"The young ones and new players in both camps brought a lot of energy and enthusiasm into the mix because they were super excited to be involved and to learn and absorb whatever was happening around them. So, from that point of view it was definitely a very worthwhile exercise," Nienaber told the SA Rugby official website.

"Now they have a real taste of what the Bok environment looks and feels like. Although the match was not a spectacle, I think especially the young ones will look back with lots of good memories and we hope they return to their franchise teams eager to implement what they've learned."

Players in both squads who were not yet exposed to the international environment were able to mix with experienced Springboks such as Kolisi, Duane Vermeulen, Bongi Mbonambi, Frans Steyn and Lukhanyo Am.

"One of the other big benefits of the week was to see our current Springboks sharing their experience and knowledge of the successful RWC campaign," said Nienaber.

"Looking back at the game preparations and the match itself, I think we will definitely reap some rewards in the future."

Nienaber stated that the match was the perfect opportunity to get the Springboks back to Test-match form.

"It was obviously very good to have the local players back in a Bok environment after such a long layoff because of the pandemic," he said.

"The main objective was to put players under pressure so we can see how they perform in Test-match like conditions."

The players from the two squads returned back to their franchises on Sunday in preparation for Super Rugby Unlocked.

The competition kicks off at 19:00 on Friday when the Sharks take on the Lions in Durban.

Then on Saturday, the Cheetahs will host the Pumas at 16:30 and the Bulls will take on the Griquas at Loftus (19:00).

The Stormers have a bye in the opening round.

We live in a world where facts and fiction get blurred
In times of uncertainty you need journalism you can trust. For only R75 per month, you have access to a world of in-depth analyses, investigative journalism, top opinions and a range of features. Journalism strengthens democracy. Invest in the future today.
Subscribe to News24
Related Links
Cornal Hendricks raves over 'very smart' Jake White: He's brought a winning mindset
Makazole Mapimpi expects memories to come 'flooding back' on Japanese return
Sharks-Lions opener: Salvation for miffed purists?
Next on Sport24
Aussie rugby boss questions Springboks' withdrawal from Rugby Championship