Reinach 'excellent' with Bok No 9 spot open after Faf injury 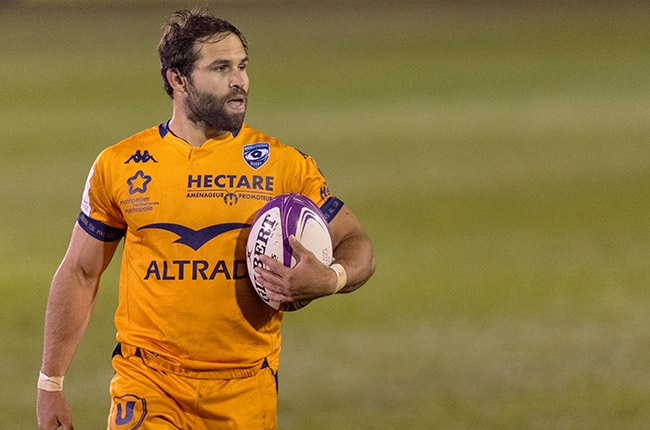 Reinach, 31, scored twice as his club beat Racing 92 in the Top 14 on Saturday and will compete with the Stormers' Herschel Jantjies and the Sharks' Grant Williams for a starting berth.

The Rugby World Cup holders head to Wales on 6 November, Scotland a week later and England on 20 November.

"The guys know what they have to do to put their hands up. Between Cobus, Herschel and Grant it's going to be a tough one.

Nienaber's side are in France this week to avoid Covid-19 quarantine in Britain, before heading to Cardiff.

All but nine of the 32-man squad are in Paris with the remainder set to join the set-up after featuring for their European sides.

Part of the travelling group watched Montpellier's win in the French capital as Boks flyhalf Handre Pollard started at centre for his club after ending October 2's win over the All Blacks in midfield.

"But it's always nice, if you think how we finished the game against New Zealand, to have that option and versatility," he added.