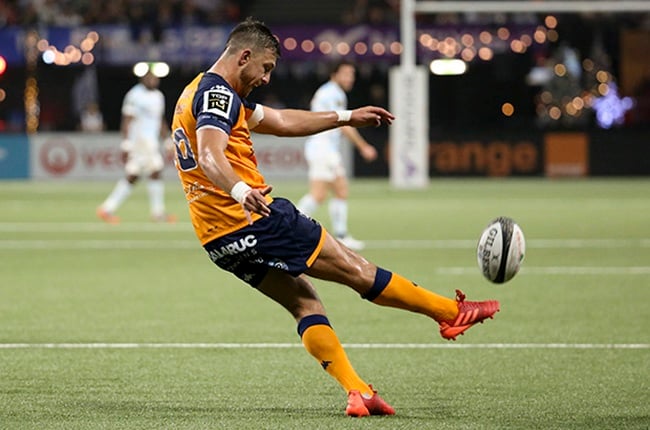 Montpellier's Handre Pollard in action during a Top 14 match against Racing 92 in Nanterre near Paris on 21 December 2019.
Jean Catuffe/Getty Images

Springbok flyhalf Handre Pollard has taken to social media to give an update on his recovery process following a serious knee injury.

The World Cup winner posted a video on his Instagram account where he was working out in the gym and swimming pool, as he continues to recover from a ruptured anterior cruciate ligament.

The 26-year-old sustained the injury while playing for his French club Montpellier in September.

He underwent surgery and is expected to be out of action for six to nine months, which means he is in a race against time to prove his fitness ahead of next year’s British & Irish Lions tour to South Africa starting in early July.

We live in a world where facts and fiction get blurred
In times of uncertainty you need journalism you can trust. For only R75 per month, you have access to a world of in-depth analyses, investigative journalism, top opinions and a range of features. Journalism strengthens democracy. Invest in the future today.
Subscribe to News24
Related Links
SARU mourn death of its first black president, Silas Nkanunu
Durban duel: Frans Steyn meets another midfield Mr Muscles
Montpellier-Stade Francais rugby match postponed over coronavirus cases
Next on Sport24
Erasmus and Kolisi scoop top awards