Share
Cape Town - The former hooker and ‘bad boy’ of Springbok rugby wrestles with YOUR questions. He discusses the current mess the scrums are in and why he rates Bismarck du Plessis - but not his brother... 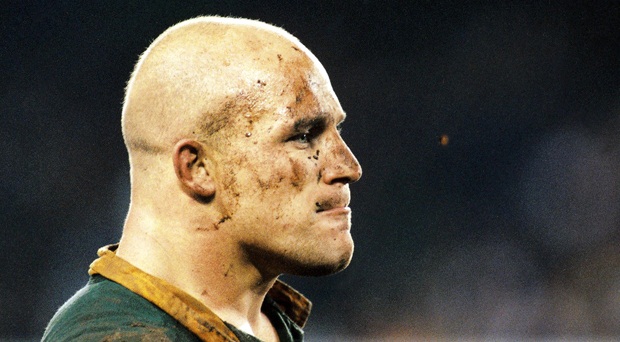 Raymond Silinga asked: Where are you based these days and what keeps you busy?

James Dalton: I live in Blue Bull country but please don’t hold that against me. I have a number of business interests. I own a company called GreenPlanet Fax which offers account-based fax to e-mail solutions. I also have a strategic partnership with SA Rugby, which saw us bring out a DVD titled the Greatest Springboks Tries featuring the period from 1992 to 2012.

Abraham Julius Charra Makwena asked:  What have you made of the Boks under Heyneke Meyer’s mentorship? In your view is Meyer the right man for the job?

James Dalton: I believe the Boks’ win-loss ratio under Meyer speaks for itself. Yes, we have lost to our arch-nemesis New Zealand twice this season, but overall the performances have been very encouraging. The future of Springbok rugby is incredibly bright. In terms of Meyer, he will only be regarded as the right man for job as long as the team performs. We are a rugby-mad nation who demand the best from the Boks. No matter whom the coach may be there will always be a high level of pressure and criticism.

Cisco Fortuin asked: What will it take for the Boks to become the No 1 side in world rugby?

James Dalton: Consistency. I believe that’s where the All Blacks currently have the edge. The top-ranked team in the world produce consistently strong performances each match. While I’m loathe to criticize the current Bok team, the players need to realise that rugby is an 80-minute game. You can’t play for 60 minutes and then expect the final quarter to take care of itself. If we take the Ellis Park Test, for example, the All Blacks maintained a high level of intensity for the full 80.

Dom Valentine: The top 3 hookers in SA today – either based in SA or abroad – in your opinion?

James Dalton: For me, Bismarck du Plessis stands out head and shoulders above the rest. Where he has the edge over Adriaan Strauss, for arguments sake, is that he possesses more of an aura. That said, Strauss’s work ethic is on par with Bismarck’s. I have also been impressed by Scarra Ntubeni who continues to surprise me. His displays an eagerness for the game and is prepared to do the dirty work. He doesn’t just get the ball and look to shine.

Maano Nekhavhambe asked: In what ways has the hooking role most evolved?

James Dalton: The game has changed and the rules are different. In my day, a hooker was rarely classified as a fourth loose forward.  There was no entering from the last man’s feet and it was first-come first-serve at the loose ball scenario. During my playing days, rugby was a lot more skilful and competitive in the sense that players had to run shorter, quicker lines. Nowadays, we see more one-dimensional rugby being played in channels.

Hannes Hornsby asked: What is your opinion on ‘older’ players like Victor Matfield and Derick Hougaard rumoured to be making comebacks?

James Dalton: Having built such strong reputations, it’s crucial that if and when they do return they don’t damage their legacies and standing in the game. From first-hand experience, when making a comeback it’s crucial to do so for the right reasons. And to the national selectors I would say: if they are the best in their positions, select them. In terms of my comeback in 2000, I had stopped playing rugby under a cloud after a fall-out with then coach Nick Mallett, captain Gary Teichmann and a few other senior players. Initially calling time on my career was a silly decision, upon my return I realised I still had plenty to offer.

Paul Davies asked: How have the ever-changing scrums laws and application thereof affected the game?

James Dalton: What’s clear is that a team no longer requires the strongest pack of forwards or the most intimidating tighthead to dominate a game. In the modern era, the old-fashioned type player can now be supplemented with ones boasting more skill and better ball-handling ability. The game changes, sometimes for the better and other times for the worse. In terms of the setpiece, during my playing days we certainly had far fewer collapsed scrums. Alain Rolland’s performance this past weekend also highlighted just how inconsistent referees are in terms of scrum management. In my opinion, half of the penalties that are blown for in a match are sucked out of the referee’s thumb.

Phill Mfunda asked: SA possesses the largest depth of players in world rugby, but if Jannie du Plessis gets injured we look so weak.  What can be done to address this concern?

James Dalton: While I probably won’t be popular for saying this, I’m not a big supporter of Jannie du Plessis. I don’t think his scrummaging has ever proved phenomenally strong – at times he has even been exposed on the domestic front.  In addition, I feel he possesses a low work-rate, looks lacklustre and misses a lot of tackles. His direct replacement, Frans Malherbe certainly didn’t embarrass himself against Wales and is worth an extended run in the side.

Liza Lucani asked: ‘The Battle of Boet Erasmus’ during the 1995 Rugby World Cup will never be forgotten. Your take on what happened that day?

James Dalton: My take is that I’m still scarred from it. That’s the perfect example of needing to pick one’s battles in life. After the 1995 World Cup, I was fortunate enough to be selected as first-choice hooker for South Africa. While I enjoyed a very good career, I believe I could have played even more Test matches for the Boks. (Dalton represented South Africa in 43 Tests)

We live in a world where facts and fiction get blurred
In times of uncertainty you need journalism you can trust. For only R75 per month, you have access to a world of in-depth analyses, investigative journalism, top opinions and a range of features. Journalism strengthens democracy. Invest in the future today.
Subscribe to News24
Related Links
Bakkies Boks' boerewors king
Chester: Pick 'fringe' players
Next on Sport24
Boks bask in British sunshine