Bulls up for 'Canes onslaught 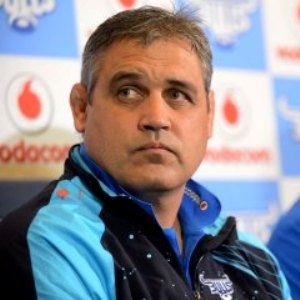 Wellington - The Bulls will be wary of one the most dangerous attacking sides in the Super Rugby competition when they face the Hurricanes in Napier on Saturday.

While some inclement weather has been forecast for the match, it is something the New Zealand side is used to.

The high-flying Hurricanes are the joint top try-scorers in the competition with the Blues, with both sides scoring 20 five-pointers so far.

Speaking from New Zealand, Bulls coach Frans Ludeke said his side had a taste of what to expect in their match against the Hurricanes following games against the Blues and the Chiefs at home.

"All the New Zealand sides like to have a go from deep inside their half, carrying the ball, looking for those broken-field situations and creating from chip and grubber kicks and turnover ball," Ludeke said.

"We had a good look at them and on Monday and Tuesday, when we finished our preparations in South Africa, we tried to simulate some of the things."

The Bulls experienced the full brunt of the Chiefs' attack when they allowed a 16-point lead to slip in the last 10 minutes for the match in Pretoria to end in a 34-34 draw.

The South Africans should be more cautious in the closing stages of their match against the Hurricanes, who can be described as the last-minute kings as they have scored more tries in the last quarter of matches than any other side in the competition.

"We never stopped playing, but we made mistakes and let them in as they kept the ball in the last three minutes of the game," Ludeke said of the drawn Chiefs match.

"At the breakdown, we need to step up. We had opportunities to turn it over and we had a lot of opportunities in the last 10 minutes. We just weren't accurate enough... We took a lot from that game.

"We need to be accurate to the end and make sure that we play well enough to get the result."

The Bulls have not lost to the Hurricanes since their 50-22 drubbing in Pretoria back in 2008, but they have since been on top on four occasions, which includes two wins in New Zealand.

The Bulls will be without lock Victor Matfield, who has been instrumental in the team's resurgence after their two opening losses, and it will be interesting to see how they manage without his influence.

Ludeke said the plan from the start was to give Matfield a rest on tour while also giving other players an opportunity to play, with regular captain Flip van der Merwe also fit to start.

"We would like to stick to the commitment we made to the players and also to him, so on tour he is just part of the management," Ludeke said.

"We are backing Flip. Paul Willemse is also coming through nicely, while Grant Hattingh will be on the bench."