No Sharks role for Watson 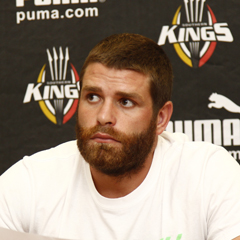 White shocked the rugby fraternity when he phoned Watson last month over the possibility of him representing the Sharks in this year's Super Rugby competition.

However, Watson told Die Burger's website that the conversion never led to anything more.

"We never talked in-depth. He was just checking to see who is available. He asked about my injury and when I'd be fit again, and also if I would be interested to train with the Sharks. I explained that the Kings are my first priority.

"That's all that was said and the conversation probably didn't last longer than two minutes. It was totally blown out of proportion," said Watson.

Watson has been out of action since undergoing an operation on a fractured foot last year, and won't be ready for action by the time Super Rugby gets underway on February 15.

"I underwent an operation four months ago and I'm on course with my recovery. I should be ready to play any time between late February and middle March. I'm not going to rush my return," said Watson.

Watson insisted his "primary focus" is at the Kings.

"Things are starting to happen here. We added Carlos Spencer (backline coach), Michael Horak and Tiger Mangweni (both defence coaches) to our coaching team and there could be more appointments soon.

"I'd like to be part of the execution of the vision."

Another reason for Watson to want to stay in Port Elizabeth is the charity, Love Story, he runs with his wife Elaine.

According to Watson it provides food weekly to 8 000 people in and around Port Elizabeth.

There's also a history of bad blood between him and White. White was infamously forced to include Watson in his Springbok squad in 2007 because of politics.