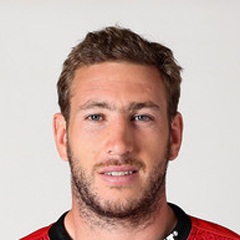 Romano hurt a calf muscle early in his team's 29-26 loss to the Hurricanes in Christchurch last Friday.

His place in the 27-man squad has been taken by Jimmy Tupou.

Captain Kieran Read left the Hurricanes game with a head knock, but was cleared to depart with the team.

The 13th-placed Crusaders play the Lions in Johannesburg on Saturday (kick-off at 17:05) and the Cheetahs in Bloemfontein on Saturday, April 12 at 17:05.