There's still three months of action to be completed but the early evidence suggest that the Cheetahs are going to do their best to leave egg on the faces of SA Rugby and the Super Rugby franchises.

As it happened | Cheetahs v Bulls

Shunned from the local game's future in PRO Rugby, Hawies Fourie's troops sit pretty at the top of the Super Rugby Unlocked log after securing a gritty and probably deserved 19-17 win over the Bulls in Bloemfontein on Friday night.

The hosts had to survive a concerted forward onslaught from their opponents in the final 15 minutes, who exploited their tiring tacklers and scored a try from a maul, rounded off by replacement hooker Joe van Zyl.

However, substitute flyhalf Chris Smith was wide with the conversion, a frustrating miss given that he landed an excellent penalty a few minutes earlier.

Perhaps the most impressive aspect of the central franchise's showing was that they showed rare versatility in their approach.

Known as a team that enjoys playing on the front foot and exhibiting enterprise, the Cheetahs focused on absorbing the pressure from a misfiring visiting team that had their fair share of possession and opportunities, only to invariably shoot themselves in the foot through poor execution and discipline.

As the pressure mounted on the frustrated Bulls, flyhalf Tian Schoeman enjoyed himself to convert wing Rosko Specman's fine try as well as kicking four penalties.

In the end, Blitzbok legend Specman's score was the only visit by either team over the whitewash, an almost appropriate occurrence for a match where scoring opportunities were relatively rare.

It came in the 25th minute when, following an efficient line-out, Steyn carried strong in midfield, allowing right wing Malcolm Jaer to skilfully come off his wing, looping around and creating extra space for his positional partner to dot down.

That ruthlessness was in stark contrast to the Bulls' waywardness as they let at least three opportunities in the Cheetahs' 22m area go abegging.

By the third quarter, the men from Loftus seemed to be imploding under the weight of the penalties that they conceded, culminating in lock Ruan Nortje's yellow card for coming in from the side.

Ironically, that kick up the back side seemed to inspire the Bulls, who used their youthful bench to put the squeeze on a steady if somewhat crumbling defence.

Smith, known as a solid place kicker, should've at least secured the draw but it wasn't to be.

Both teams had to contend with serious injuries to key veterans, with Bulls fullback Gio Aplon going off with suspected ligament damage to his knee while Cheetahs skipper and halfback Ruan Pienaar also injured his knee.

We live in a world where facts and fiction get blurred
In times of uncertainty you need journalism you can trust. For only R75 per month, you have access to a world of in-depth analyses, investigative journalism, top opinions and a range of features. Journalism strengthens democracy. Invest in the future today.
Subscribe to News24
Related Links
WRAP | Super Rugby Unlocked - Week 2
'Perfect storm' forced Springboks out of Rugby Championship
Bok withdrawal at least gives Elton Jantjies a proper Newlands swansong
Next on Sport24
Bulls clash won't be one-on-one scrumhalf battle, says Sharks' Sanele Nohamba 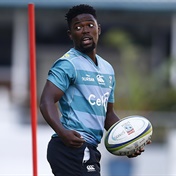