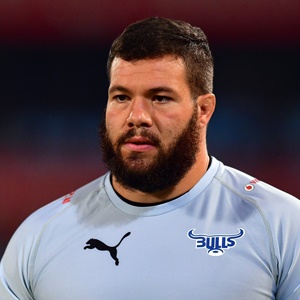 The Bulls have dropped a strong hint that France-based tighthead prop Marcel van der Merwe could be set for a return to Loftus Versfeld in a cryptic social media post on Saturday.

The eight-second video, which was uploaded to the Bulls' social media channels on Saturday, showed flashes of a player in a No 3 jersey with the initials 'vdM' appearing towards the end.

Van der Merwe spent two-and-a-half years at the Bulls when he joined from the Cheetahs in 2014. He then moved to French giants Toulon after the 2016 Super Rugby season, where he has played his rugby since.

MUST READ | Bulls boast 'strongest board' despite CEO departure