Crash here and Bulls WILL have serious 'blues' Cape Town - Would there be any way back into the competition for the Bulls if they succumb to the Blues at Loftus on Saturday?

It is extremely tempting to say a resounding "no", even with Super Rugby 2020 still in its relative infancy.

Danger signs flashed already for Pote Human’s charges when the draw for this year’s competition saw them inconvenienced on paper by successive, unforgiving away derbies against the Sharks and Stormers respectively.

It seemed a potential recipe for a back-foot start and so it transpired: we know all too painfully that the Bulls, South Africa’s most competitive side in 2019 before a raft of key figures moved on, have failed to cross the whitewash once yet in the 23-15 (Durban) and 13-0 (Cape Town) setbacks.

Which is why Saturday’s (17:15 kick-off) belated first home date against the Blues has “must win” written next to it in the largest of letters.

The fixture, at least on paper, looks the easiest of a trio of Loftus games on the trot – also featuring the Jaguares next, then Highlanders – which represents a critical period of stabilisation for the three-time, once mighty former champions.

Winning two of those clashes seems an absolute minimum (all three would be a lot better) for the Bulls to re-announce themselves both for the SA conference bragging-rights scrap and the quest to reach the knockout phase, as they managed last year.

So a nought-from-three situation on the table, come the final whistle this weekend, would put them in a desperately bleak position considering what lies on the not too distant horizon: a four-match tour of Australasia from the week beginning March 9.

If the Bulls were to set off on that undertaking - crossing the Indian Ocean for a successful safari has never been a special strength of theirs - with, for example, a flimsy one victory from five games on SA soil to their name, they would be staring down the barrel.

By the time they return, there would frankly be every chance (just based on stark historical patterns from their touring) of their already slipping Loftus support base writing them off as also-rans in 2020.

The overseas roster will include clashes, in this order, with the Reds, Waratahs, Hurricanes and Chiefs.

While the Bulls’ equivalent mission in 2019 was an encouraging enough one (victory over the Rebels, a loss to the Brumbies, draws with each of the Blues and Highlanders), they were an altogether more experienced, Springbok-laden squad at the time; the current one would arguably do very well to earn anything like that record.

All of that makes it imperative that Human’s players are fully switched-on and free of complacency as they seek to break their 2020 duck against the vulnerable Blues on Saturday.

While the Aucklanders will be playing their first game off a long-haul flight, and straight after a 25-8 setback in a home toughie against the defending champion Crusaders last weekend, the Bulls have had the advantage (in at least some respects) of a bye weekend, by contrast, and opportunity to pep up their attack and generally regroup for this key encounter.

After the Bulls game, the Blues shift to Newlands to play the Stormers next weekend.

Somehow, the Blues have managed the ignominious record - and this year has also started modestly, with a win and two losses - of being statistically New Zealand’s worst-faring side from those shores since as far back as 2014.

Every year between then and 2019, a period of six seasons, they have ended fifth (wooden-spoon berth) in the NZ conference, and in the last three years have been more acutely off the pace in the group than ever: they were 28 log points off the top (Crusaders) last year, a massive 41 points shy of the same team in 2018, and 26 in 2017.

The last time the team from the country’s biggest metropolis fared even reasonably within an all-NZ context was 2013, when they occupied middle berth in the conference after ordinary season, ahead of both the Hurricanes and Highlanders.

All of that data only piles the pressure on the Bulls to get the job done, whether it is industrially or elegantly, on Saturday.

Related Links
Butch: Brilliant Bosch must put his hand up
Weekend teams | Super Rugby - Week 4
Bosch back as Esterhuizen leads Sharks against Rebels
Share
Next on Sport24
SA has class at tighthead - but there's a worrying lack of depth at loosehead 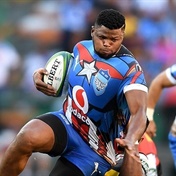