Injured Marx to return to SA for scans 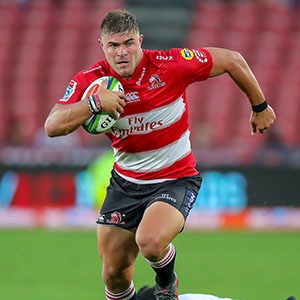 Cape Town - The Lions and Springboks were dealt some bad news when was confirmed on Saturday that hooker Malcolm Marx has suffered an injury to his right groin.

The injury, initially thought to be a hamstring strain, happened in the eighth minute of the Lions' 28-19 loss to the Hurricanes in Wellington on Saturday.

Marx left the field as a result and never returned.

The Lions confirmed after the match had ended that the 23-year-old Marx would fly back to South Africa on Monday and undergo scans on Tuesday.

At this stage, the severity of the injury is not yet known, but it is serious enough to keep Marx out of next weekend's clash between the Highlanders and the Lions.

The Springboks and their coach Rassie Erasmus, meanwhile, will be watching the situation closely.

The Boks have four Tests in June - one against Wales and three at home to England - and Marx is considered one of their biggest assets going into the 2018 international season.

If Marx is ruled out, the Springboks could turn to Test veteran Bismarck du Plessis while former national captain Adriaan Strauss has also hinted at coming out of retirement should he be needed.

Injury report: @M_marxi2 is returning to SA on Monday for a scan on Tuesday. He has a right groin injury. We can only determine after the scan how long he will be out.#LetsUnite