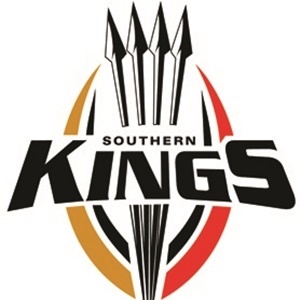 Johannesburg - The Cheetahs and the Kings, who agreed three seasons too early to part ways with Super Rugby as part of the reduction in numbers of the teams playing in the tournament, stand to be compensated financially by roughly the same amount in their new ventures as they did in the southern hemisphere competition.

After protracted negotiations, particularly with the Cheetahs, SA Rugby’s wording in its media release said the two franchises had “earlier informed SA Rugby of their intention to explore alternative playing opportunities in other international competitions".

A SA Rugby insider confirmed that the “international competitions” would be the Pro 12 tournament in Europe, as widely speculated by the media not long after the South Africa, New Zealand, Australia and Argentina Rugby organisation decided to cull three teams – two from South Africa and one from Australia.

But the decision wasn’t reached without resistance from the Cheetahs, who sought legal representation as they still had a contract to play Super Rugby until 2020.

And, after lengthy negotiations, they relented when presented with the comparability of the finances in the move up north.

“The contract was the sticking point, but, once they saw that economically they wouldn’t be done in when they became aware of the numbers of moving to Pro 12, they realised they were not at an economic disadvantage,” said the official.

The source, who spoke on condition of anonymity, said had the Cheetahs, “who had a strong case because their contract could have been enforceable”, been excluded from Super Rugby without the cushion of the Pro 12 competition, they “could have claimed for the distribution due to them until 2020”.

Said share for participating in Super Rugby is about R34 million a year, according to the official, which would have meant SA Rugby parting with about R102 million. It’s not quite the same case with the Kings, whose participation this year was basically paid for by SA Rugby.

While it may have not come out of ideal circumstances, the move will achieve several things for South African rugby.

Besides the money for two teams who need it, the franchises are guinea pigs of a sort for whether South African participation in northern hemisphere competitions is better than a Super Rugby tournament in which they have always been slighted, despite bringing in the most revenue.

A cagey Cheetahs managing director Harold Verster said they were “excited by the news” and gave credit to SA Rugby chief executive Jurie Roux for his foresight and assistance in facilitating an alternative route for the two teams.

When asked if he was happy with the financial aspects of the deal, he only said: “We’ve reached a very amicable solution with SA Rugby, which will keep us on the same level as Super Rugby on every level".

Verster also revealed that part of the negotiated settlement included SA Rugby helping the two franchises with extra players and coaching for the first year of their venture.

He wouldn’t be drawn on any details other than that the franchises’ participation in Pro 12 will be announced on Saturday, the day after the Cheetahs and the Kings play their last Super Rugby game – against each other.

The competition proper – which features teams from Ireland, Wales, Scotland and Italy and is sponsored by Guinness and broadcaster Sky Sports – begins next month and concludes in May, meaning it will overlap with the Currie Cup until the end of October.

The addition of the Cheetahs and the Kings will necessitate a name change to Pro 14 after a €12 million (R183 million) increase in TV money into the competition, with those already in the tournament getting €500 000 more to cover the costs of accommodating the South African sides.

The competition will be played along the lines of two conferences of seven, with three teams automatically qualifying for the knockout stages  and the top two teams making the semifinals in the process.

Related Links
Kings forced into one change for Bulls
Kings set up camp at Sun City
Cheetahs centre calls time on career
Share
Next on Sport24
What now? Future of Argentina's Jaguares in doubt due to Covid-19