Milestone for Hooper as Waratahs tweak side for Bulls 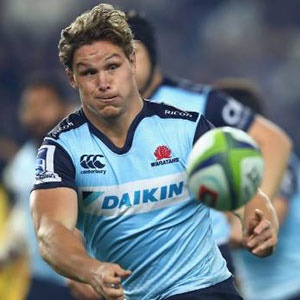 Pretoria - Waratahs coach Daryl Gibson has named his team to face the Bulls in their Super Rugby clash at Loftus Versfeld on Saturday.

Gibson has made a few changes to the side that lost 23-15 to the Sharks in Sydney. The changes are due to injuries, suspension and tactical plans for the high altitude clash.

With Michael Wells and Jack Dempsey injured, and Jed Holloway suspended, Gibson has given youngster Lachie Swinton a start at No 6 and Ned Hanigan a run at No 8. It will be Hanigan's first game at No 8 for the Waratahs, while Tom Staniforth will start in the second row in place of Holloway.

"It is a real opportunity for him to show his versatility," Gibson said of Hanigan, as quoted by the rugby.com.au website.

"All season he has been packing down at No 8 (in training) and he has some very good skills that he learned from being on-call for the Wallabies.

"It is something they wanted him to make sure he continues to do and he has an ability to do that, so really comfortable with slotting him into that position.

"The main reason for sticking Lachie in is his physical size and what we expect from the Bulls on Saturday we see that as really important.

In an otherwise unchanged backline, Nick Phipps has replaced Jake Gordon at scrumhalf to bring a "high tempo start".

The Waratahs bench sees the return of prop Tom Robertson from a six month ACL injury, and the call-up of ex-Rebels backrower Hugh Sinclair.

Michael Hooper takes on the Bulls.

This Saturday Michael Hooper will become the most capped NSW Waratahs Super Rugby captain with 57 Caps as skipper when the Tahs vs the Bulls!#ForTheLoveOfRugby ???? pic.twitter.com/lKfaNNwWtN

Related Links
Barrett leads Hurricanes into Rebels battle
Relief for Lions as Whiteley expected to be back soon
Bulls forced into backline changes for Waratahs visit
Share
Next on Sport24
EXPLAINED | When and how will rugby's return to training commence?