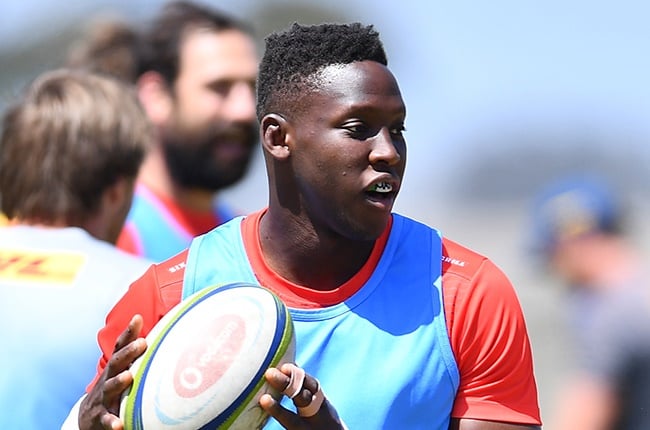 Nama Xaba (Gallo)
When Stormers coach John Dobson announced his team to take on the Lions at Newlands on Saturday, one of the most notable omissions was the highly-rated Jaco Coetzee.

The former SA Schools captain is not in the matchday squad with Dobson favouring a loose trio of Juarno Augustus, Ernst van Rhyn and skipper Siya Kolisi in his starting line-up while, off the bench, Nama Xaba is the loose forward cover.

Xaba (23), who attended Glenwood High School in Durban like Coetzee (26) did, was incredibly impressive for the Stormers against the Lions in the pre-season Super Fan Saturday clash at Loftus back on September 26.

It didn't take long before Dobson was asked if Coetzee had been unavailable for selection, and the coach's response revealed that it was more a case of Xaba being selected than Coetzee being left out.

"Jaco is available, but we've talked a lot in the rebirth about how we have to work and train and that we would reward that," Dobson explained.

"Nama Xaba literally shot the lights out throughout training. Jaco has been part of the Springbok alignment camps, but if we're going to say that this is what we value, then a guy like Nama has to be rewarded."

With the news being confirmed on Friday morning that the Springboks will not be playing in the 2020 Rugby Championship, Dobson will receive a guaranteed injection of depth for the duration of the Super Rugby Unlocked and Currie Cup seasons.

Xaba, he believes, will be a key factor.

"There is no doubt that he's going to come though. I'm so excited by this player. You don't get a guy who works harder and he's just desperate. It's just the right thing to do on every level," Dobson said, pointing to Xaba's ability at the breakdown.

"Surviving the clean was tricky and I'm pleased the laws have been changed because it was a dangerous thing.

"Now, with him just having to get in and lift the ball, the teams as they tire maybe won't be as quick to get to the breakdowns as they were and Nama can get in there early.

"I think he's going to have a massive impact on that breakdown and he's also very good at securing our own ball.

"I'm really excited about his future. He's a leader and he literally trained himself into the team ... it's brilliant."

We live in a world where facts and fiction get blurred
In times of uncertainty you need journalism you can trust. For only R75 per month, you have access to a world of in-depth analyses, investigative journalism, top opinions and a range of features. Journalism strengthens democracy. Invest in the future today.
Subscribe to News24
Related Links
Willem Alberts withdrawn from Lions team after close contact with Covid-19 case
Boks face 20 months without Test rugby, Sanzaar alliance under threat?
CONFIRMED | Springboks pull out of 2020 Rugby Championship
Next on Sport24
Big blow for Bulls as Gio Aplon is forced to miss the rest of season 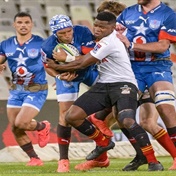