New sponsor on board for Kings Park 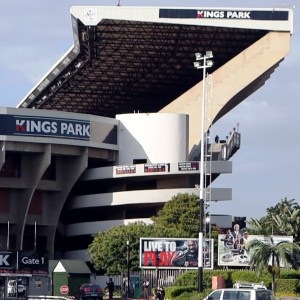 Durban - Kings Park in Durban has a new title sponsor, the Sharks confirmed ahead of their Super Rugby clash against the Sunwolves on Saturday, and the stadium will undergo a name change as a result.

According to a statement from the Sharks on Thursday, the famous venue will now be called Jonsson Kings Park after the South African workwear manufacturers came on board as a sponsor.

Jonsson Workwear, although a national brand with a strong presence internationally, was founded in Durban and continues to be headquartered there.

The partnership, the Sharks say, will see the revitalisation of Kings Park and the surrounding precinct as well as Jonsson branding on the Sharks' kit.

"Both brands are proudly KZN with a national attraction because of our relevance and commitment to excellence. We look forward to a long-term partnership that will seek to move boundaries and redefine the profile of our wonderful province of KZN," Sharks CEO Gary Teichmann said.

"We are thrilled to be partnering with The Sharks in renaming, rebranding and revitalising Kings Park. As a proudly Durban based business we wish to encourage other local iconic businesses to work with us to make Durban a lifestyle and business destination of choice. And we are neighbours after all," he said.

We are delighted to announce that Jonsson Workwear has acquired the naming rights to the iconic KINGS PARK. Our home ground will now be known as Jonsson KINGS PARK.Read more- https://t.co/uc6Sxuldxs pic.twitter.com/vei6PoRX8Z