Pieter-Steph not yet ready for Stormers return: 'He's still got a bit to go' 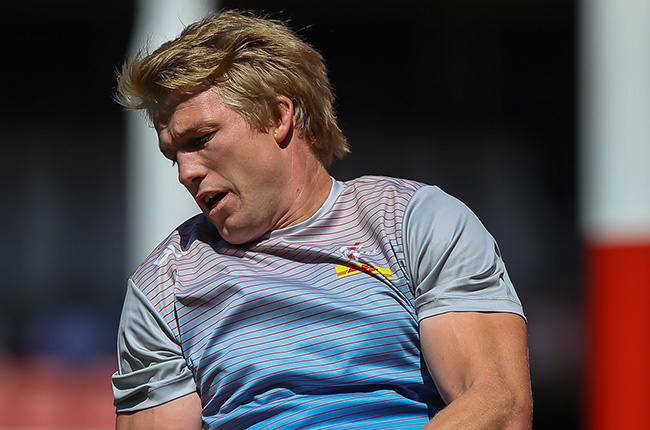 There's still uncertainty over when Springbok and Stormers flank Pieter-Steph du Toit will return to action.

Du Toit, the 2019 World Rugby Player of the Year, suffered a freak leg injury during a Super Rugby game against the Blues in March - just before the season was halted due to the coronavirus outbreak.

As the Stormers prepare to open their Super Rugby Unlocked account against the Lions at Newlands this Saturday, assistant coach Dawie Snyman has confirmed that the star forward is not yet ready to return to the fray.

While addressing reporters in a virtual media briefing on Monday, Snyman was coy on when Du Toit would take to the field again.

"At this stage Pieter-Steph won't be ready for selection... he's still got a bit to go. I haven't seen his medical update today, but he won't be ready," Snyman said.

Snyman said there were no new injuries following the players' recent participation in Super Fan Saturday and the Springbok Showdown.

"There are no new injuries from what we had at Marvel or the Green and Gold [game], so everyone's ready to go. The guys not up for selection this week would be Ruhan Nel and Seabelo Senatla (both have hamstring injuries). Jaco Coetzee's back from injury, so we're as close to full strength as we can be."

Snyman added that winger Sergeal Petersen would also be up for selection.

"He's available for selection. He didn't play in the Green and Gold match because he had a tight Achilles tendon - it's something we've been managing now throughout the off-season and pre-season. But he's progressed nicely and he's up for selection."

But it's Du Toit's injury that will leave Springbok and Stormers fans rather uneasy, given the rarity of the condition.

At the time of the injury, Stormers team doctor Jason Suter said it was incredibly rare and potentially career threatening.

Stormers coach John Dobson said in mid-September that he was unsure when Du Toit would be ready for action again.

"Pieter-Steph is not ready yet and the truth is we don't know when he'll be ready," Dobson said.

Dobson at the time said Du Toit's injury was "showing signs of growth".

"Our hope is that he only misses the first two games. He will miss the start [of Super Rugby Unlocked], but he is training full out. He's training properly, there's no panic stations, it's just that he's not going to be ready for Marble (Super Fan Saturday) and probably not our first two games.

We live in a world where facts and fiction get blurred
In times of uncertainty you need journalism you can trust. For only R75 per month, you have access to a world of in-depth analyses, investigative journalism, top opinions and a range of features. Journalism strengthens democracy. Invest in the future today.
Subscribe to News24
Related Links
Boks: Why Frans Steyn will push fiercely for starts
Bok contender Coetzee continues to be a dominant force in PRO14
Lions suffer setback as Dillon Smit's rotten luck continues
Next on Sport24
Big blow for Bulls as Gio Aplon is forced to miss the rest of season