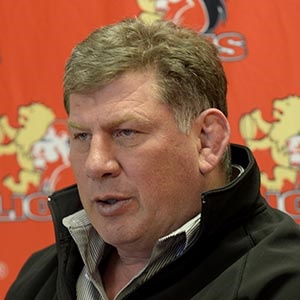 Cape Town - The Lions look set to escape any punishment for deliberately deceiving the Chiefs in a Super Rugby clash earlier this month.

The incident in question happened on April 19 when the Lions beat the Chiefs 23-17 in Hamilton.

Having originally named both Elton Jantjies and Malcolm Marx on the bench, the Lions then sprung a surprise on match-day when both of those key players were elevated to the starting line-up.

Lions CEO Rudolf Straeuli was quoted afterwards as saying that the decision was a deliberate tactic aimed at surprising the Chiefs, which caused an obvious reaction from the rugby community.

In a column for New Zealand's Stuff.co.nz website on Tuesday, however, it was confirmed that SANZAAR was not in a position to take further action because there is nothing in the tournament rules preventing sides from making last-minute changes.

The governing body also confirmed that Straeuli was not sanctioned.

According to the report, Super Rugby teams are required to announce a draft starting squad of 23 at least 48 hours prior to kick-off, but there's nothing to prevent them from altering their starting line-up after that.

The Lions have a bye this weekend.

We live in a world where facts and fiction get blurred
In times of uncertainty you need journalism you can trust. For only R75 per month, you have access to a world of in-depth analyses, investigative journalism, top opinions and a range of features. Journalism strengthens democracy. Invest in the future today.
Subscribe to News24
Related Links
Knee injury ends Lions flyhalf's season
Stormers get SA ref for clash in Buenos Aires
Pieter-Steph's injury not as bad as initially feared
Next on Sport24
Son of rugby great Michael Lynagh signs for Reds