Savea brings up 100 for Hurricanes

Cape Town - All Black wing Julian Savea will play in his 100th Super Rugby game on Friday when the Hurricanes host the Chiefs in Wellington.

Savea returns to the left wing in place of Ben Lam in one of six changes to the team that played the Western Force in Perth last weekend.

The Hurricanes team for Friday's match also features the return of wing Nehe Milner-Skudder and loose forward Ardie Savea to the starting team, as well as an all new front row of Chris Eves, Leni Apisai and Jeffery To'omaga-Allen.

Otherwise known as The Bus, Savea made his Hurricanes debut against the Highlanders in Wellington in 2009 and has been a fixture on the wing ever since.

Though it took him 16 matches to score his first Super Rugby try, Savea has been a try-scoring machine during his seven seasons in the Hurricanes.

He has crossed the try line 45 times in 99 matches, the same number of tries he has scored for the All Blacks.

Savea said it had always been a privilege to represent the club and it would be a proud moment to bring up his 100th match in front of friends and family at Westpac Stadium.

"This team means a lot to me and I've always felt privileged and proud to represent the club. I'm really looking forward to running out against the Chiefs and hopefully we can get the right result."

Hurricanes coach Chris Boyd said it was a significant achievement for any player to reach 100 Super Rugby matches.

"To play 100 matches at this level shows a high level of commitment and professionalism and for Julian to do it in the Hurricanes jersey is a great story.

"He's a local guy who has been in the Wellington and Hurricanes system since he was at Rongotai College and come through the Oriental Rongotai club, so I think a lot of people will be very proud on Friday night."

The other changes for the Chiefs match see Eves and To'omaga-Allen replace Loni Uhila and Ben May respectively as the props with Apisai getting his first start of the season at hooker in place of Ricky Riccitelli.

Riccitelli is bracketed in the reserves with Bay of Plenty's James O'Reilly, who would make his Super Rugby debut should he take the field.

Ardie Savea comes back in at number eight with Brad Shields reverting to blindside and Reed Prinsep to the reserves.

After returning from a broken foot in Perth via the bench, Milner-Skudder returns to the starting side on the right wing in place of Cory Jane.

The reserves bench features the return of Matt Proctor, who has been out for seven weeks recovering from concussion.

Proctor made a successful return to the field on Monday with a 20 minute appearance for the Hurricanes Development side against Wanganui.

Related Links
Chiefs change three for Hurricanes
It's still 'Fortress Loftus' for Boks
Naka Drotske: My heart is with the Cheetahs
Share
Next on Sport24
ANALYSIS | Burger, EW arrivals suggest season of switches beckons at Lions 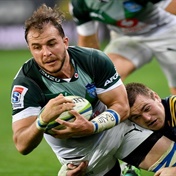