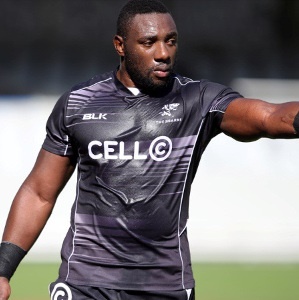 Cape Town - Jean-Luc du Preez has made a welcome return to rugby after a long-term injury and has been named on the bench for the Sharks’ Super Rugby clash with the Jaguares at Kings Park on Saturday.

Du Preez spent the latter stages of the 2018 season at Sale Sharks on loan where he picked up a groin injury and returned to Durban for recovery and now takes his place in the match-day 23 in one of a handful of changes made by head coach Robert du Preez.

With Springbok Rugby World Cup workloads in mind and the stated commitment to rotate players during the competition, "Beast" Mtawarira, Coenie Oosthuizen and Jacques Vermeulen have all been rested for this match.

This means two changes in the front row, with Juan Schoeman and Thomas du Toit packing down in the front row on either side of Kerron van Vuuren who starts his second match for the Sharks.

The other change to the starting line-up sees Philip van der Walt in for Vermeulen at flank with the backline remaining intact from last week.

Makazole Mapimpi, scorer of two tries in last weekend’s exhilarating 42-5 victory over the Lions, admits that they’re in for a big clash against a strong side.

“They’re an international team, a good side and we know it’s going to be tough. We need to back up our victory over the Lions with another one this week, especially as we want to have a good record in Durban.

“We’ve spoken about winning our home games, we’ve lost twice at home and it’s important not to lose again, especially after such a good win last week.”

We live in a world where facts and fiction get blurred
In times of uncertainty you need journalism you can trust. For only R75 per month, you have access to a world of in-depth analyses, investigative journalism, top opinions and a range of features. Journalism strengthens democracy. Invest in the future today.
Subscribe to News24
Related Links
Rugby Australia to terminate Folau's contract
All Blacks great Carter undergoes neck surgery
1 Pocock, 2 Smiths: 5 Super Rugby talking points
Next on Sport24
Injury boost for Sharks ahead of Bulls clash with star Bok wing set for return