The beginning, not the end: Griquas believe again for upcoming Currie Cup 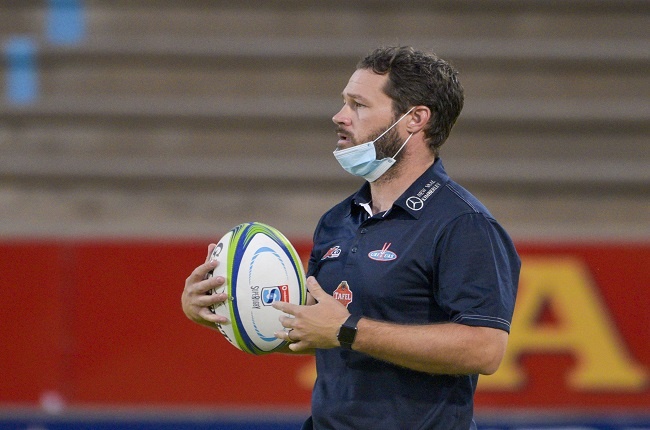 Had Super Rugby Unlocked unfolded in a "normal" year, Griquas might've been lamenting a meaningless central derby meeting with the Cheetahs in Bloemfontein on Saturday, the culmination of a short and unsuccessful campaign.

Yet one of the joys of a Covid-ravaged rugby season is that the Peacock Blues can look forward to Unlocked's climax proving a springboard for better things in the Currie Cup, which starts next week.

As an added bonus, they travel to the judicial capital on the back of renewed confidence from a creditable 33-34 loss to the Sharks last weekend.

"That was the type of performance that can really prove to be a turning point," Scott Mathie, Griquas' head coach, said on Wednesday.

"I felt we showed some real growth against the Sharks. For up to 79 minutes, we were in control. Even when our opponents came back strongly in the final quarter, we managed the game well enough to win a penalty that should've clinched the result.

"We were gutted to lose, but that feeling is smoothed over by the sense of progress."

Griquas have been one of the sides that have been affected more deeply by the current campaign coinciding with the traditional contract expiry period of 31 October.

Several additions to fill the void have also had to find their feet, explaining why Mathie ascribed the agonising Sharks result to growing pains instead of a team that is struggling to regain the mental strength to close out games.

"It's been a process. There have been quite a few new players who've joined us only recently and that's affected our cohesion," said the former Bulls and Sharks halfback.

"However, as we showed last weekend, the guys are starting to gel. Importantly, we have the opportunity now to grow further. Our campaign doesn't end here. We have a full Currie Cup to look forward to."

Sitting in the cellar of the Unlocked with no wins from five starts means Griquas aren't too preoccupied with the current debate over how Covid-19 disruptions have affected the integrity of the domestic competitions.

After all, the maximum number of log points they can carry over into the Currie Cup is eight.

"These are unprecedented times. SA Rugby and the franchises have never before dealt with a pandemic. I don't think it's fair to criticise regulations when you have no frame of reference. We knew Covid is a reality and we've had to deal with it," said Mathie.

"From our point of view, there's perhaps a bit too much emphasis in the media of Unlocked and the Currie Cup being separate competitions. It's not. Not much is going to change next week, just the name of the tournament.

"We're just unbelievably grateful for an extended platform to play against the best players in the country. It's going to help us a lot for next year's challenges and opportunities."

Kick-off in Bloemfontein on Saturday is at 16:30.

We live in a world where facts and fiction get blurred
In times of uncertainty you need journalism you can trust. For only R75 per month, you have access to a world of in-depth analyses, investigative journalism, top opinions and a range of features. Journalism strengthens democracy. Invest in the future today.
Subscribe to News24
Related Links
WATCH | All Black legend eats humble pie after Pumas historic win over New Zealand
Byrne gets Ireland nod ahead of Burns for England clash
Jonah Lomu's wife posts heartfelt tribute 5 years after his passing: 'My insides are crushed'
Next on Sport24
Son of rugby great Michael Lynagh signs for Reds