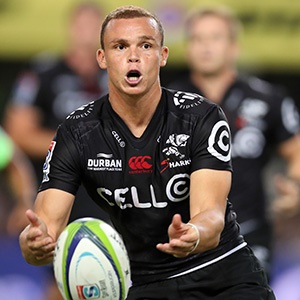 Cape Town  - There was confusion when the Sharks and Bulls played to a 7-all draw in a pre-season friendly in Ballito last Saturday.

The confusion stemmed from a conversion attempt by Sharks flyhalf Curwin Bosch in the first half.

The touch judges initially raised their flags for a successful conversion, but it was seemingly changed during the game as the Sharks went into the half-time break trailing 7-5.

No team was able to trouble the scorers for the remainder of the match and the Bulls initially thought they had won 7-5.

However, after much deliberation from the officials, it was deemed that the Sharks' conversion attempt in the first half was indeed successful - and the spoils were shared.

WATCH in the video clip below and make up your own mind on whether Bosch’ conversion was successful - in real time and in ultra slow-mo...

We live in a world where facts and fiction get blurred
In times of uncertainty you need journalism you can trust. For only R75 per month, you have access to a world of in-depth analyses, investigative journalism, top opinions and a range of features. Journalism strengthens democracy. Invest in the future today.
Subscribe to News24
Related Links
NZ cries foul over Huawei rugby quip
Super Rugby: Weekend teams
Nyakane looking forward to scrum battle with Stormers
Next on Sport24
Larkham exits Munster to become Brumbies coach