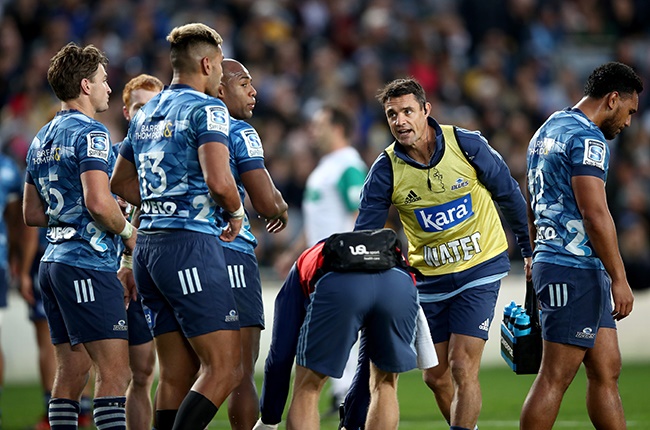 Dan Carter during the Round 1 Super Rugby Aotearoa match between the Blues and the Hurricanes at Eden Park on June 14, 2020 in Auckland.
Phil Walter / Getty Images

The Blues have been forced to make few alterations to their side for Saturday's Super Rugby Aotearoa clash against the Hurricanes in Wellington.

A trio Bay of Plenty players come into the starting XV, with Kurt Eklund and Aaron Carroll replacing the injured pair of James Parsons and Blake Gibson in the pack, while Emoni Narawa, who celebrated his 21st birthday this week, comes in for an unavailable Caleb Clarke on the wing.

The debut for 141-game Super Rugby veteran Dan Carter is on hold with the Blues taking the precaution to replace him on the bench after he was hampered with a minor calf twinge at training. His place on the bench is taken by Matt Duffie, while lock Gerard Cowley-Tuioti, back from injury, will celebrate his 50th game for the Blues.

Head coach Leon MacDonald told the Blues' official website they have taken plenty of positives from last week's 26-15 loss to the Crusaders.

"We did a lot of very good things at set phase and the collision area, and we produced some important front-foot ball. Hopefully the boys can take confidence from those positives into what will be another big battle this week," said MacDonald.

"The Hurricanes are playing well and are renowned for their physical rush defence which we will need to counter.

"The nature of this competition means there will be injuries but that also represents opportunities for other players in the squad who have been working hard for their opportunity. Kurt and Aaron were both excellent when they came on last week, and Emoni has trained impressively in recent weeks to earn his chance.

"We have resisted any significant change in the backs. We are really pleased with how Harry Plummer is performing, while we believe Otere at first five (flyhalf) and Beauden at fullback is our best option at present as they combine well."

Related Links
New Zealand set to host 2020 Rugby Championship under Sanzaar plan
Live sport's return: It is going to be a brave but intriguing new world
Nine positive tests at English rugby clubs
Share
Next on Sport24
Jordie Barrett signs on with Hurricanes for 2021 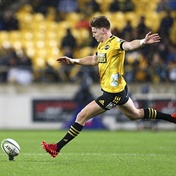