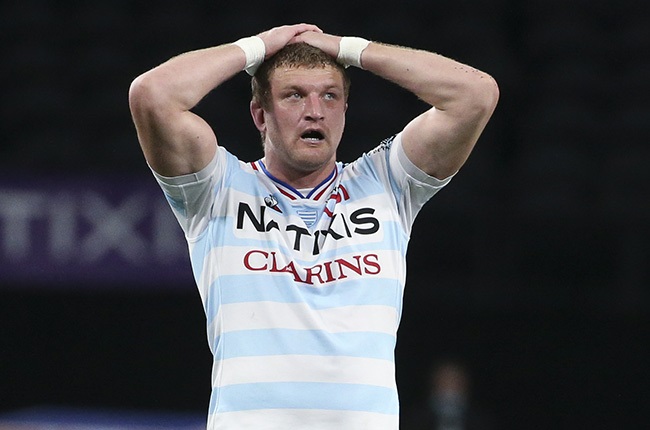 Racing 92 lock forward Dominic Bird is to leave the French Top 14 side and return home to New Zealand to play for the Hurricanes, the Super Rugby franchise announced on Monday.

The former All Black joined the Top 14 in 2018 after spending time in Canterbury, with the Crusaders and then the Chiefs.

The 30-year-old will line up for the Wellington Lions before joining the Hurricanes.

"I'm excited to be getting back into Super Rugby next year and returning to NZ with my family to live," Bird, who won two caps for the All Blacks, told the Hurricanes website.

"We've enjoyed our time with Racing in France, and I feel like I've been playing some of my best rugby up there, but now is the right time to return home.

"I'm looking forward to testing myself again in Super Rugby and adding huge value to the Hurricanes in 2022."

Currently nursing a neck injury, Bird has played 16 matches in the Top 14 this season.

Last season he was a member of the Racing side that lost to Exeter in the final of the European Champions Cup.

We live in a world where facts and fiction get blurred
In times of uncertainty you need journalism you can trust. For only R75 per month, you have access to a world of in-depth analyses, investigative journalism, top opinions and a range of features. Journalism strengthens democracy. Invest in the future today.
Subscribe to News24
Next on Sport24
Late burst flatters Blues as novice Chiefs fall short