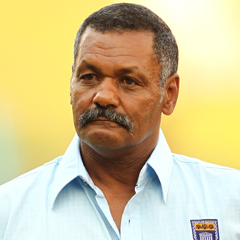 Peter de Villiers (Gallo Images)
Cape Town - The TUT Vikings have shocked UWC 34-31 to register their first win in their first match of the 2014 FNB Varsity Shield in Bellville on Monday.

Both sides gained their bonus points by scoring four tries, but it was the boot of TUT flyhalf Morne Hugo that ultimately won the match for his side. He converted all four tries while UWC kicker Freddie Muller could only convert three.

It was physical in the early exchanges, and tensions soon boiled over when the tall timber got involved in a brawl.

The result was some time on the sidelines for the offending parties, with a lock from each team – Pallo Manuel from UWC and Izak Deetlefs from TUT sent to the sin bin for their part in the scuffle.

The first-half scoring continued as UWC flyhalf Dale van Schalkyk touched down just after the strategy break in the 21st minute to extend the lead to 16-0.

TUT struck back with a try for No.7 flank Pieter Matthews, who barged his way over to get the Tshwane-based side off the mark, and the Vikings No.10 Hugo added the extras to cut the lead to eight.

The difference between the sides was not eight for long, as the eigthman for the home side Njabulo Ndlovu soon powered his way over to grab his team’s third try of the evening. The normally deadly-accurate boot of Muller missed on this occasion.

Just before the halftime break, the Vikings put themselves right back into the hunt as replacement hooker Hamish Herd forced his way over the whitewash to score. Hugo’s conversion was good yet again and the visitors trailed by 16-21 going into the halftime break.

The second forty minutes started intensely, with both teams looking to consolidate their position is the match. This changed ten minutes in, when TUT right wing Rhalphton Minnaar received a yellow card for a deliberate knockdown.

Going down to fourteen men seemed to spur the visitors on, as just two minutes later replacement flank Jean Maritz dotted down to level the scores and then Hugo converted the try to take the Vikings into the lead for the first time in the match. The Vikings led 24-21.

The slight breathing space for TUT was short-lived, as the action continued when UWC’s skipper Muller elected to have a shot and goal which he converted to close the gap to 24-23 just a couple of minutes later.

The scoring frenzy continued when Hugo added a penalty of his own to nudge TUT’s lead to 26-23.

Soon afterwards the men from Tshwane again added to their lead when openside flank Mandla Mdaka crashed over. Hugo’s conversion kick was a success again and the Vikings led 34-23.

Straight from the kickoff UWC hit back to score their bonus point try, this time outside centre Kenwinn Wiener got the five points. Muller converted and once again the lead was three for TUT.

UWC’s late charge to salvage the match was halted when replacement loose forward Heinrich Marcus received a yellow card for a deliberate knock down just two minutes from time and the home side were consigned to defeat.