Cape Town - The Black Ferns, New Zealand's women's team, continue to take the world by storm with one of their hakas during their recent Rugby World Cup triumph being viewed nearly 22 million times.

According to the Stuff website, the clip, taken before their semi-final win over the United States in Ireland last year, was the biggest social media hit for World Rugby in 2017 - by a massive margin!

The haka was watched by more than 21.7 million people around the world, 20.5 million more than the next highest World Rugby video - a penalty shootout in the Rugby Europe Under-20 Championship between Belgium and the Netherlands.

The New Zealand Under-20 men's team also feature on World Rugby's top five social media posts with one of their world championship hakas attracting 1.7 million views to be at No 4.

We live in a world where facts and fiction get blurred
In times of uncertainty you need journalism you can trust. For only R75 per month, you have access to a world of in-depth analyses, investigative journalism, top opinions and a range of features. Journalism strengthens democracy. Invest in the future today.
Subscribe to News24
Related Links
Worcester sign former Sharks lock Bresler
Strauss itching for Bulls return
Former All Black's illness diagnosed
Next on Sport24
Walt Steenkamp's easy Bulls integration highlights Jake's philosophy 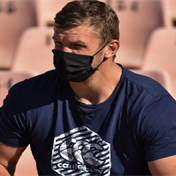