Blow for Montpellier as Goosen ruled out for 2 months 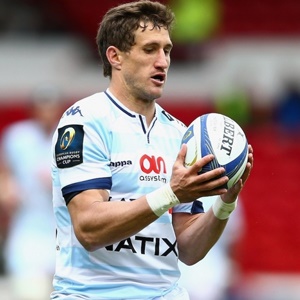 Montpellier - Montpellier's South African playmaker Johan Goosen will be out of action for "at least two months" with a badly twisted ankle, the club announced Tuesday.

Goosen sustained the injury early in Sunday's match against Toulon, which Montpellier won 29-17 to consolidate their fourth place in the Top 14.

The Springbok's absence adds to coach Vern Cotter's woes ahead of their European Champions Cup match with Edinburgh on Saturday, with ex-All Black flyhalf Aaron Cruden (calf) out and Frans Steyn nursing a biceps injury.

Toulon, sitting a lowly 12th in the Top 14, have drafted in Kiwi lock Brian Alainu'uese from Glasgow on a one-year deal with one more as an option.

He is the first of five recruits to be unveiled by Toulon president Mourad Boudjellal to boost a pack lacking the injured Corentin Vernet, Juandre Kruger, Florian Fresia, Facundo Isa and Charles Ollivon.