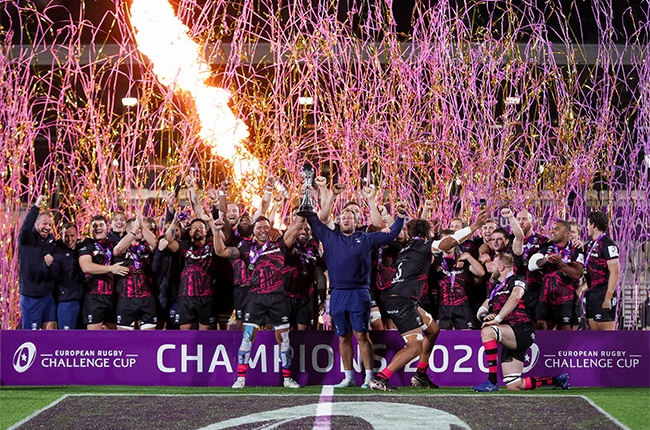 Bristol won their first piece of silverware since 1983 on Friday when they defeated Toulon in the European Challenge Cup final.

The English side's 32-19 victory over the French giants was their maiden continental crown.

It was a third defeat in the final of Europe's second-tier tournament for Toulon after losses in the 2010 and 2012 showpieces.

"We got put under pressure by a quality Toulon side, but we stuck to it and came through with our game plan to see ourselves through to a win," Bristol coach Pat Lam told BT Sport.

"Collectively, we've grown tonight. It's a great achievement for us to win a trophy, but there's still so much more to come from this group."

Bristol stormed into a 10-0 lead on the back of a try after just 20 seconds on the plastic pitch at Aix.

Callum Sheedy knocked over the conversion with the Bristol fly-half quickly adding a penalty for 10-0 with barely four minutes on the clock.

Louis Carbonel hit the extras as the French side cut the gap to just three points.

The English side thought they had a second try of the night but hooker Harry Thacker saw his effort ruled out after he was adjudged to have fumbled the ball before grounding.

Toulon took full advantage with three penalties from Carbonel - the last from 50 metres - sending them in at the break with a 16-10 lead.

Carbonel quickly restored his team's lead to 19-13 with a penalty in front of the posts.

In a back-and-forth final, Sheedy then kicked a close-range penalty before a monster long-distance effort pulled the scores level at 19-19.

On the hour mark, Bristol grabbed their second and decisive try of the night.

Full-back Max Malins was freed by winger Alapati Leiua and the former England Under-20 international sprinted from 40 metres to score.

Sheedy converted and the English side were 26-19 ahead.

Carbonel then missed his first kick of the night with eight minutes left before Sheedy showed him the way by extending Bristol's lead to 29-19.

Sheedy added another penalty in the dying moments to put the outcome beyond doubt.

There could be more silverware next weekend for Bristol who will play in the English Premiership final against Exeter if Wasps are ruled out due to a clutch of coronavirus cases.

We live in a world where facts and fiction get blurred
In times of uncertainty you need journalism you can trust. For only R75 per month, you have access to a world of in-depth analyses, investigative journalism, top opinions and a range of features. Journalism strengthens democracy. Invest in the future today.
Subscribe to News24
Related Links
Lions tour: Bongi will be Bok blue-chip player
Boks staying put gives Stormers' Willemse chance to mature as SA's future No 10
OPINION | Passive SA Rugby has no explaining to do in Sanzaar's glass house
Next on Sport24
Bulls clash won't be one-on-one scrumhalf battle, says Sharks' Sanele Nohamba