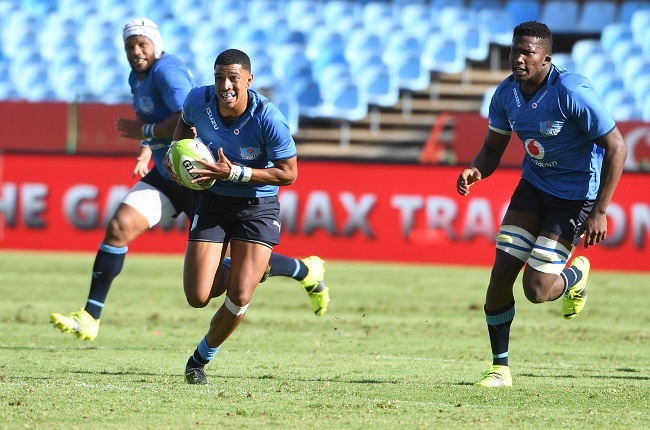 It says much for the standing and talent of Embrose Papier that Keagan Johannes considers him a role model.

The two Bulls scrumhalves, who are likely to become increasingly fiercer competitors for the No 9 jersey as the year progresses, are almost uncannily similar, not only as players but in terms of background.

Both men hail from the West Coast, the 23-year-old Papier being Clanwilliam born-and-bred while Johannes, two years his junior, grew up about 200km south in Mamre.

They are products of Hoërskool Garsfontein, one of the newfound giants at school level in the Bulls' catchment area, where they were stars and forged reputations for being talented game-managers with an excellent grasp of identifying space.

And both were key players for their respective Bulls junior outfits.

All Johannes now needs to do to keep the "copying" going is become a Springbok.

"It's a bit ironic because Embrose is also still young, but he's really somebody I've looked up to," the nippy 1.77m, 75kg halfback said this week.

"He's definitely the type of player that I want to based my skillset on. I've incorporated quite a few aspects of his play into mine already. Now it's just an honour to play alongside him."

Refreshingly, Johannes isn't a man too preoccupied with identifying too many rugby heroes outside his immediate circle.

He considers his father, Frankel - who played halfback too - as a mentor and believes his more experienced team-mates set fine examples for him to follow.

"I've never had to look far. A guy like Ivan van Zyl is really a scrumhalf who's close to complete and provides so much variety," said Johannes, who now has the opportunity to stake a bigger claim due to Van Zyl's departure for Saracens later this year.

"There's definitely a gap (for selection) that will open up for all our scrumhalves. All of them are excellent players and the competition is going to be really tight. That's never a bad thing for a team. We're all going to aim for that No 1 spot in the No 9 jersey, we're going to keep each other on our toes."

While Johannes' pace and eye for a gap has been predominantly on show to the broader local rugby public, his junior years provided ample evidence of his ability to manage a backline in general, with a snappy service game being a highlight.

"I'm definitely an all-round scrumhalf. I can run with the ball as well as pass and kick effectively. My main thing has always been to take the best bits from both Embrose and Ivan and apply them. They have complementary skills," he said.

"I don't believe (director of rugby) Jake White wants his scrumhalves to play in a similar manner. He encourages you to bring your strengths into the system and focus on that. He doesn't want you to be someone you're not."

Undoubtedly, Johannes' evolution as playmaker is also being pushed by a variety of halfback partners.

The evergreen Morne Steyn is still top dog, Chris Smith has become a worthy deputy and Johan Goosen is still being hunted for a stint at Loftus.

"There's some pretty tight competition at flyhalf. It works out well for a guy like me as well because I'm getting exposed to No 10s who all have different ideas and ways of playing. I can learn a lot in that regard too," he said.