England's Rugby Football Union announced a  £10.8 million annual loss on Thursday, with officials braced for more financial bad news during the next 12 months as a result of the coronavirus pandemic.

Twickenham chiefs had already budgeted for the 2019/20 year to produce a loss due to the costs of a Rugby World Cup campaign in Japan, where England finished runners-up to South Africa, and only hosting two home games in the Six Nations.

Despite reduced revenues, the operating loss for the year of 10.8 million was not as great as the budgeted figure of £11.5 million.

Prior to Covid-19, RFU revenues were running slightly ahead of budget.

But the loss of all activity in the last quarter of the year saw the RFU finished the year with revenues £23 million behind budget, mostly driven by lost broadcast, ticketing, hospitality and conferences and events income.

Last Satuday's English Premiership final between Exeter and Wasps at Twickenham was played behind closed doors due to the virus, with the England-Babarians fixture at 'headquarters' due to have been staged 24 hours later called off completely after a breaches of health protocols involving the invitational club's players.

Cancellation of the Barbarians fixture was estimated to have cost the RFU a loss of some 1 million at a time when the governing body had already implemented salary reductions and made 140 people redundant.

The RFU did receive British government support through £2 million of income from the Coronavirus Job Retention Scheme (CJRS) and a £0.75 million rates holiday in respect of Twickenham Stadium, with similar assistance expected during 2020/21.

Nevertheless, RFU chief executive Bill Sweeney said: "The long-term financial challenges of coronavirus are significant for the entire economy. The RFU relies on revenue from matches and events at Twickenham Stadium and re-invests this back into the game.

"With no rugby and no events, we are looking at a potential short-term impact circa £145 million in lost revenues in our 'mid-case' scenario.

"We also know that there will be a much longer-term effect and are projecting a four to five-year recovery, with cumulative revenue reductions of around 20 percent."

We live in a world where facts and fiction get blurred
In times of uncertainty you need journalism you can trust. For only R75 per month, you have access to a world of in-depth analyses, investigative journalism, top opinions and a range of features. Journalism strengthens democracy. Invest in the future today.
Subscribe to News24
Related Links
Lions' cubs banking on peaking perfectly for Under-21 final
Jake White: Siya, Pieter-Steph holes 'massive' but are they the Stormers' best ever?
Eddie Fouche on horror injury: 'I had never felt pain like that before'
Next on Sport24
All Blacks shuffle forward pack, Pumas change 10 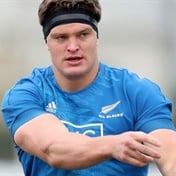