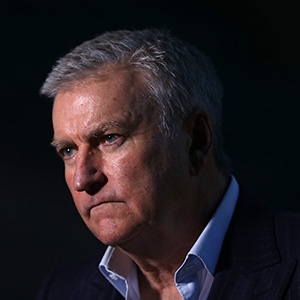 English rugby chiefs on Friday confirmed the end of the 2019/20 season for all levels beneath the Premiership due to the coronavirus as the Welsh Rugby Union cancelled their season.

The move in England applies to "all league, cup and county rugby", according to a statement from the Rugby Football Union (RFU), which said it was in "active discussions" with the Premiership.

RFU chief Bill Sweeney said in a letter to rugby clubs: "We are working through the implications of ending the season early and have instigated a thorough process to ensure fair and balanced outcomes for the game.

"We will communicate these outcomes by the middle of April. While we would like to provide all the answers now, we need some time to get it right for the best interests of the game."

Runaway leaders Newcastle are targeting promotion to the top-flight Premiership from the second-tier Championship.

Saracens' relegation from the Premiership as punishment for repeated salary cap breaches has already been confirmed and Newcastle looked likely to take their place.

The RFU had previously suspended all rugby activity until 14 April, while the Premiership is currently due to resume on 24 April.

There are nine rounds of Premiership matches remaining before the scheduled semi-finals and final. Exeter lead the table by five points after 13 rounds of fixtures.

Later on Friday, the Welsh Rugby Union (WRU) board cancelled the 2019/20 season for all WRU competitions.

There will be no promotion or relegation in any of the WRU leagues.

"We are well aware of the colossal amount of effort that goes into our game, on and off the field, across Wales," said WRU chief Martyn Phillips.

"We did not take this decision lightly. It is not intended to in any way diminish the games that have already taken place or the efforts of everyone involved."

Scottish Rugby said their domestic season would not be restarted.

With the coronavirus wrecking havoc on global sport, next month's European Champions Cup and Challenge Cup quarter-finals have been postponed.

The PRO14 competition, which includes sides from Ireland, Scotland, Wales, Italy and South Africa, is suspended and the final has been cancelled.

France's Top 14 league is suspended while the Six Nations has not been completed.

Sweeney warned that Twickenham - the home of English rugby - was facing financial challenges due to the disruption caused by coronavirus.

"We benefit from strong Twickenham stadium revenues but we are also exposed if there is widespread cancellation of games and events," he said.

"This was already budgeted to be a loss-making year within a four-year cycle due to the costs of the 2019 RWC (Rugby World Cup) campaign and only hosting two home Six Nations games.

"The loss will now be considerably more as we face challenges similar to businesses across the entire country."

Wasps players will take a 25 percent pay cut until the English Premiership resumes to offset the slump in revenue caused by the virus, the club announced on Friday.

"We are putting in place salary reductions of 25 percent across the majority of the rugby department," said chief executive Stephen Vaughan.

Gloucester also announced they had implemented a 25 percent salary reduction across everyone at the club.

The Irish Rugby Football Union (IRFU)  and provincial sides have agreed a payment deferral model for all employees.

"This arrangement will allow Irish Rugby the breathing space required in relation to cashflow that can ensure that when this crisis abates, we still have a business that can deliver for all those that play and love rugby," said IRFU CEO Philip Browne.