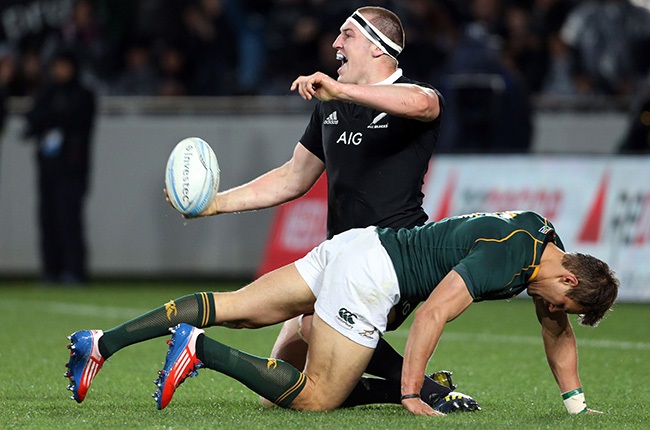 Leo, who played 42 Tests at lock for Samoa between 2005 and 2014, told Sport24 this week that the skill set of the modern-day locks was a sight to behold.

When probed on who the best locks in the game were, Leo responded: "You can never go past Brodie Retallick and he would be at the top of my list. He is the best because he is next level. Maro Itoje and Eben Etzebeth are probably on par but it's a very close second and third for me. Those three guys could be equally comfortable as bodybuilders or basketballers.

"The skill set these days has elevated and even at the peak of my career 10 years ago, all you had to do to be a good lock was catch in the lineout and hit rucks hard. Nowadays you've got to have a whole lot more. You need to be able to jackal, carry, distribute and play for 80 minutes."

Etzebeth recently played at loose forward for his French club Toulon and Leo said it was a new trend in the game.

"In the modern game the locks can play in the backrow and we have seen it with Etzebeth and Itoje. That was never a consideration when I was playing but full credit to those guys for their versatility as athletes. I was lucky enough to play against two of those three during my career. Thank God I never played against Retallick because I reckon that he would’ve made me look like an absolute little girl!"

We live in a world where facts and fiction get blurred
In times of uncertainty you need journalism you can trust. For 14 free days, you can have access to a world of in-depth analyses, investigative journalism, top opinions and a range of features. Journalism strengthens democracy. Invest in the future today. Thereafter you will be billed R75 per month. You can cancel anytime and if you cancel within 14 days you won't be billed.
Subscribe to News24
Related Links
'Leaked' itinerary shows Springboks set to play 4 Tests against Lions in UK
Crusaders cruise to win over Chiefs as Fainga'anuku scores wonder try
WATCH | How did he do that? Crusaders winger scores UNBELIEVABLE try
Next on Sport
Fit and firing Notshe set loose on Leinster as he aims to recover 2020 Sharks form