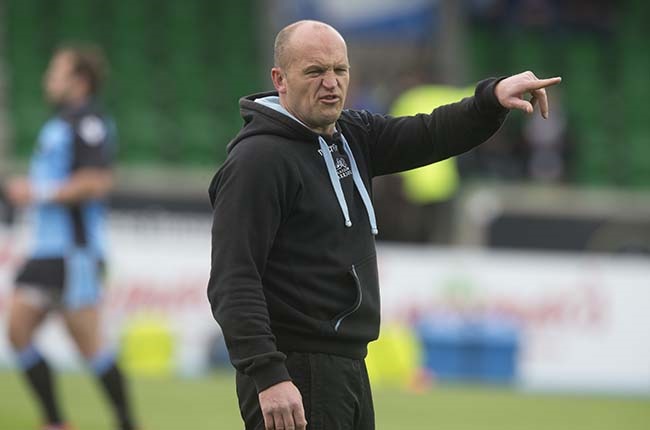 Gregor Townsend says Scotland will need to be "close to their best" if they are to beat France on Sunday and become only the third Scottish side since 1900 to win six successive Tests.

The Scots already number Fabien Galthie's much-improved French side among the five teams they have beaten - having been the only side to defeat France in the Six Nations.

The French did not enhance their cause that day at Murrayfield in March with prop Mohamed Haouas being sent off before half-time.

"France are full of confidence and have played really well this year," said Townsend after naming the starting XV for the Autumn Nations Cup clash.

"We know we're playing one of the best teams in the world right now, so to rise to this challenge we're going to have to play close to our best throughout the contest on Sunday."

Townsend has made five changes to the starting XV from the one that defeated Italy in their opening Autumn Nations Cup last weekend.

Blair Kinghorn is the only change to the starting back division as he replaces Edinburgh team-mate Darcy Graham.

Townsend has named a whole new front row from the one that faced the Italians with the experienced Fraser Brown returning as hooker having recovered from injury.

Props Oli Kebble and Simon Berghan also come in whilst the fifth and final change is Matt Fagerson returning at No8 having been out injured.

The bench is re-enforced with the recall of Saracens wing Sean Maitland, who scored a brace of tries in the win back in March.

His clubmate Duncan Taylor - who last featured for Scotland against Russia in last year's World Cup - joins him on the bench.

Townsend said the tournament is a good chance for players to perform and for coaches to appraise them ahead of next year's Six Nations.

"The Autumn Nations Cup is all about opportunity - the opportunity to play in a new competition and the opportunity for us as coaches to see how a large number of our squad perform when given the chance to play," said Townsend.

We live in a world where facts and fiction get blurred
In times of uncertainty you need journalism you can trust. For only R75 per month, you have access to a world of in-depth analyses, investigative journalism, top opinions and a range of features. Journalism strengthens democracy. Invest in the future today.
Subscribe to News24
Related Links
Covid-affected Fijians' rugby match with Scotland cancelled
Ex-Bok coach Peter de Villiers makes EP Elephants vacancy shortlist
CONFIRMED | Bulls-Pumas Super Rugby Unlocked game to go ahead
Next on Sport24
WP move Willemse to fullback, Swiel at flyhalf for Lions clash