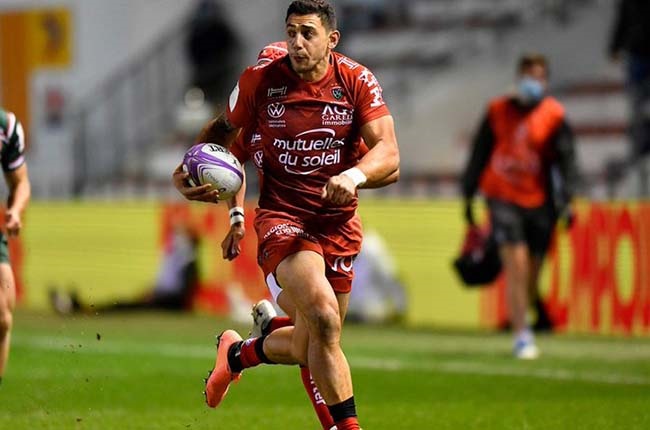 The versatile New Zealand fullback Bryce Heem will leave Toulon at the end of the week "for major family reasons," the French Top 14 club announced on Monday in a statement.

Heem, who has played at wing, centre and fullback, "expressed the wish to be released from his contract in order to return to New Zealand and his relatives," said Toulon.

"The 'human' and 'family' values are an essential part of Toulon Rugby Club," said the statement.

"So the decision to release Bryce Heem from his contract was obvious."

The 32-year-old New Zealand Sevens international, who has played 25 games and scored six tries for Toulon since joining from Worcester in 2019, will leave after Saturday's Top 14 match against Brive.

Toulon coach Patrice Collazo praised "the great rugby qualities of a player very appreciated within the changing room, who knew how to bring people together through his skills but also, and especially, by his irreproachable spirit."

We live in a world where facts and fiction get blurred
In times of uncertainty you need journalism you can trust. For only R75 per month, you have access to a world of in-depth analyses, investigative journalism, top opinions and a range of features. Journalism strengthens democracy. Invest in the future today.
Subscribe to News24
Related Links
Curwin Bosch: Sharks' super-confident showpiece 'cannon'
Ex-England winger Ashton joins Worcester
Bulls scrumhalf Ivan Zyl: It will be massive for us to win the Currie Cup
Next on Sport24
Lions' Fred Zeilinga trial shows they're adapting for European future