Following his move to the Sharks from Western Province last week, Siya Kolisi had his first training session with the Durban based franchise on Tuesday.

Kolisi, who ruled out going overseas to continue his career said that if he wasn’t going to play for Western Province, his desire was to join the Sharks.

"I thought about it a while ago, after the 2015 World Cup, [that] I wanted to go overseas," Kolisi told reporters at his unveiling last week.

"It was a really tough period in my career. But then again, the work I do off the field is really important to me and it’s one of the reasons why I love playing the game.

"Rugby opens a lot of opportunities for me. The most important thing is playing well on the field and I knew if I went away it would be hard for me to do that work.

"I made a decision to stay in South Africa for as long as I can.

"I always said that if I ever left Cape Town, this is the place I’d come to. Seeing the guys and playing against them – and I know a lot of them that play here – I’ve formed relationships with them.

"The culture and the vibe they have, I knew this was the best for me."

Kolisi, who won't captain his new team with Sharks management confirming that Lukhanyo Am would keep the armband.

At training today, Kolisi was put through his paces, along with his team-mates in preparation for the upcoming Franchise Cup.

SEE PICTURES OF KOLISI TRAINING BELOW 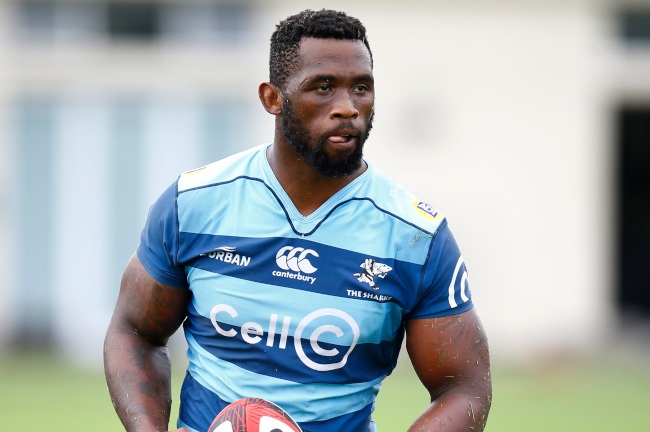 We live in a world where facts and fiction get blurred
In times of uncertainty you need journalism you can trust. For only R75 per month, you have access to a world of in-depth analyses, investigative journalism, top opinions and a range of features. Journalism strengthens democracy. Invest in the future today.
Subscribe to News24
Related Links
Crusaders red-hot favourites before Super Rugby Aotearoa kicks off
EXCLUSIVE | Former Bok coach Heyneke Meyer on Kolisi, White, Lions tour and SA's move up north
Get Carter: Pollard can challenge some of All Black legend's landmarks
Next on Sport24
Defending champions Crusaders crush Hurricanes with bonus-point win