Sport24 asked: What was your overall assessment of the first round of Super Rugby?

Rob Kempson: The opening match at Newlands was rather disappointing from a Stormers perspective. While the Stormers claimed the victory and a crucial home win - winning your home matches is half the job done - I don’t think Fleckie (Robbie Fleck) would have been entirely impressed with the manner in which his team finished the game. The hosts could have lost towards the end as there was a penalty try for the Jaguares which went begging. However, in the Stormers’ defence they have a long injury list and a number of youngsters took to the field. I was really impressed with lock JD Schickerling, 22, who won the man-of-the-match award. It’s pleasing to see a player like Schickerling playing Super Rugby at a young age. From a technical point of view, he’s sound and knows what he’s doing. He is not shying away from the contact areas because players like him are comfortable and have been coached to play at that level which is wonderful. Meanwhile, the Lions didn’t fully hit their straps at Ellis Park and they are probably a game or two shy of getting into the swing of things. However, for the Lions to come away with a victory against a fancied Sharks side was no mean feat. It’s tough to predict the SA conference winner after only one round but the Lions will always be huge contenders having ended as runners-up over the last two seasons. Swys de Bruin got the tactics spot on against the Sharks and he is the type of coach that clearly thinks outside the box and does plenty of analysis on opposition teams. The Lions have a very good chance of reaching the playoffs. However, we can only really gauge the strength of our South African sides once we have played New Zealand opposition. It’s quite simple as why to a South African side last won Super Rugby in 2010. There is too much dilution of the strength of our player base with regards to personnel in each of our provinces. And understandably because of that our franchises have been found wanting when it comes to getting the end result. I’d still ask whether the franchises we have at present in Super Rugby all deserve to be there or should we not whittle it down further from a South African context in order to ensure our top players are playing in the premier competition it is.

Sport24 asked: Rassie is set to be named Bok caretaker coach. Does it blur the lines?

Rob Kempson: Even though Rassie was appointed director of rugby and is tipped to be named as head coach of the Springboks in a caretaker role, I don’t believe the lines are blurred. It’s one thing to rush into appointing a new Springbok coach now that Allister Coetzee has vacated the position. Rassie is the guy that is there and is the director of rugby, so the buck literally stops with him. I don’t think it’s a bad thing that he has decided to take on the role of Bok coach. Rassie has a brilliant staff around him with regards to Jacques Nienaber (defence guru) in the mix and Pieter de Villiers, who is an exceptional scrum coach. He has surrounded himself with a very strong network of coaching IP (intellectual property) so I don’t think the waters are muddied. From a South African point of view, at least there is one person in charge and we can push the button and say: “Rassie you got it right or got it wrong.” From a pure rugby perspective as a purist, I think it was time for Allister (Coetzee) to move on. I’m not going to get involved in the politics - that was for SA Rugby and the now former Springbok coach to sort out. In terms of the manner in which the Springboks went over the two years Coetzee was in charge, I think it was time for him to move on. Is it the right time 18 months prior to a Rugby World Cup to change coaches? Probably not, but the performances that were delivered by the side under his control weren’t up to Springbok standard. It’s unfortunate for Allister but it was the right time to make the change. I still see South Africa as being way behind the All Blacks at this stage and it’s not going to take six months to catch up after where we have been over the last five years. The one thing the Springboks should be able to do is get themselves in a position where they can comfortably beat both Australia and Argentina in the Rugby Championship. That would be a step in the right direction.

Sport24 asked: Would you be in favour of scrapping the 30-cap SA Rugby policy?

Rob Kempson: Yes. The 30-cap rule makes a mockery of the system to be honest with you. If you were going to make a statement in terms of what SA Rugby were trying to achieve with it - 30-caps was not enough - it should rather have been 50 caps. I would be in favour of rather doing away with it and giving whoever is coaching the Springboks, which at the moment is Rassie, the best available crack at doing the job. I believe our player base in South African rugby is completely diluted - we have too many professional players - and if we were to maximise the talent we have in South Africa with regards to all the franchises and get the appropriate coaching in from the junior levels up, I don’t think we would have the massive problems that we find ourselves in right now. I don’t believe you are going to prevent players from heading abroad by saying you haven’t played 30 Tests for the Springboks, and fully maintain SA Rugby should actually not have instituted the rule in the first place.

Rob Kempson: I believe so. The question is why wouldn’t they go for people who have proven track records putting teams into a position where they can win Test matches? At the end of last year, I said that the Springboks should go for someone from outside and Robbie Deans and John Mitchell were the two foreign-born mentors that came to mind. Either of the coaches could bring a new way of doing things at national level. However, in Rassie’s defence he is now a bit more travelled having spent 18 months with Munster and was involved in the Irish setup, which is exceptionally effective. I believe Rassie and Jacques coming back to South Africa makes a difference and, in turn, having a higher level of coaches such as Kiwi John Mitchell at the Bulls can only benefit South African rugby. By and large, the South African way of thinking is that they wouldn’t look outside of their square box. I feel a foreign coach brings a different mindset and perspective that could only bode well for any coaching staff and particularly the Springboks as a whole going forward. Even though it might not be a head coaching role, the different ideas they might bring may certainly help us develop further. The bottom line is that the more gentlemen like Mitchell we can get in the mainstream body of coaching and even more importantly below that where our youngsters are developing, the better. Moreover, a bugbear of mine is that we are utilising development coaches in our younger age-group competitions when we should be using much stronger individuals with a large level of experience and success behind them to ensure that our young players are developing, so they can actually catch and pass by the time they reach Super Rugby level and not have to learn new skills when they arrive.

Sport24 asked: Thomas du Toit has battled at tighthead. Is the position a weakness in SA?

Rob Kempson: Thomas is a big unit and has the requisite power and strength but playing tighthead is a very different position to that of loosehead prop. I think he has been done a disservice by being thrown into the deep end. I believe he can really crack it as a loosehead and fight for a Springbok jersey in the No 1 position. However, I don’t think he’s going to have the same fortune playing in the No 3 jersey. For me, playing loosehead is the way forward for him rather than throwing him in at tighthead and hoping he swims rather than sinks. In a nutshell, the mindset of playing tighthead as opposed to loosehead is completely different. At tighthead you have to generate your power and force in more of a downward motion - five to 10 degrees lower - as opposed to loosehead where you can use your power to generate in an upward motion, which is much easier. There’s no question there is a dearth of quality tighthead props in South Africa. It’s essentially why the Sharks and SA Rugby are looking at converting Du Toit to the opposite side of the scrum. However, to be honest there is no one that I have seen in international rugby that has successfully done it (made the transition) in the last 10 years. Some might beg to differ with Coenie Oosthuizen but he’s injured having tried to do it. Tighthead is a very difficult position to lever into and if you haven’t played the position throughout your younger years and learnt from your mistakes as opposed to being told what to do, you’re going to battle. South Africa is not the only rugby nation struggling in the tighthead berth but it’s certainly an area of concern. We perhaps only have one real international tighthead prop at the moment in the form of Wilco Louw. Who is next in line? Lions prop Ruan Dreyer is around, and if he came off the bench for his country he could definitely fill a void, but at this time there is no out-and-out tighthead in South Africa who’s going to make a massive difference.

Sport24 asked: What have you made of the Southern Kings’ struggles in the PRO14?

Rob Kempson: The PRO14 is a very different competition. I think the Southern Kings found that out a bit late. The Kings need a good calibre of players, namely quality personnel who are equipped to play at senior provincial level. Even if they could capture one or two of the older Springboks who are heading towards retirement that would maybe make a difference. However, at the moment everything is based on how they do recruitment and the type of player they can entice to come to Port Elizabeth. That is the crux of the whole matter. In order to become a sustainable PRO14 side, the Kings need to be afforded the opportunity to procure a decent level of players - be it third, fourth or fifth-stringers at Super Rugby teams. They have to come to some sort of agreement with regards to loaning players from the Bulls, Lions, Sharks and Stormers. Sending some players out on loan and giving them a crack of playing PRO14 and then taking the step up to Super Rugby afterwards would, in my opinion, be a mutually beneficial agreement. However, for all intents and purposes that’s obviously a pipe dream because it’s not going to happen within South African rugby. 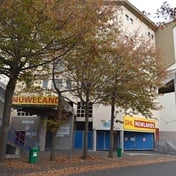