SA Rugby has announced the cancellation of international events featuring the Junior Springboks on Friday, in response to the global Covid-19 pandemic.

An international series featuring the national Under-20 teams of Georgia and Argentina as well as the Junior Boks, set to take place in South Africa in April, has been cancelled as well as a planned tour by the team to the United Kingdom in May.

Furthermore, the forthcoming RWC Trophy Visits, which had been planned for the next couple of weeks across the country, has also been put on hold.

The decision comes in the wake of the suspension of the multi-nation PRO14 competition – which features two South African teams as well as those from Italy, Ireland, Scotland and Wales – and the postponement by World Rugby of the World Rugby Sevens Challenger Series event – featuring 12 teams from across the globe – which was due to be held in Stellenbosch at the end of this month.

The current Super Rugby competition remains in place, although under on-going review.

“Ensuring the wellness of players, supporters and staff as well as playing rugby’s part in helping counter the pandemic is of primary importance,” said Jurie Roux, CEO of SA Rugby.

“We remain in on-going conversations with statutory health and governmental authorities and will abide by their guidance and instruction.

“This is a highly fluid situation and although the majority of our planned competitions and events currently remain as scheduled, we are planning for all possible scenarios to help combat the virus and protect the health of our community.”

SA Rugby had also put in place internal protocols in line with government advice to counter the threat of the virus.

“We will immediately advise the rugby community of any change in the status of our competitions and business operations if and when the situation changes,” said Roux.

Decisions regarding the Incoming Series against Scotland and Georgia in July, as well as the SuperSport Rugby Challenge, which is scheduled to start at the end of April, will only be taken at a later stage. 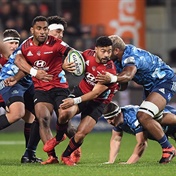