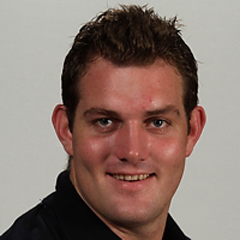 Cape Town - The Southern Kings team will run out against the Cheetahs on Friday under the leadership of Steven Sykes.

Announcing his extended 26-man squad for the game at a press conference on Tuesday afternoon, head coach Deon Davids said he was looking forward to the Kings first game against another Super Rugby side this season.

Up front, Davids has replaced hooker Edgar Marutlulle, who is out with an injury to his ear, with Martin Bezuidenhout, while prop Jacobie Adriaanse, who is out due to a concussion, is replaced by Tom Botha.

Captain Sykes partners with JC Astle at lock, who steps in for Schalk Oelofse who is out with a tight calf muscle.

Ntando Kebe and Elgar Watts are again at scrumhalf and flyhalf respectively. Malcolm Jaer moves onto left wing, in place of Michael Makase, with Shane Gates moving up from the bench to inside centre and Stefan Watermeyer moving to outside centre.

Davids said he was looking forward to the game against the Cheetahs.

“This is our first Super Rugby team that we are playing against, and we want to see how the team performs against a Super Rugby side,” he said.

Davids said the game against the SWD Eagles on Friday last week had been beneficial in testing a few combinations and seeing some of the players that were coming back from injury on the field.

“It is always nice to win, but for us it was good to get the match exercise under our belt and also see guys who haven’t played in a while come through,” he said.

Davids said the team would be focusing on their set pieces, and would be looking at retaining possession from set pieces through the phases.

He said the team would also be looking at how to capitalise on opportunities and convert them into points.

The Southern Kings will play against the Toyota Cheetahs at the Nelson Mandela Bay Stadium on Friday, 17 February 2016. Kickoff is at 7pm.