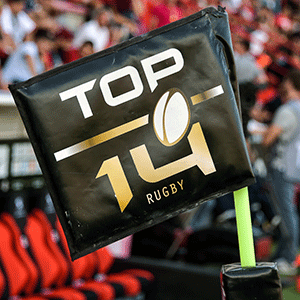 French Top 14 clubs could boycott next season's European Champions Cup if they are stopped from having eight sides in the competition, newspaper Midi Olympique reported on Monday.

The league wants an increase from the usual six outfits in the top-tier continental competition so record 20-time French champions Toulouse, who were seventh in the table when the Top 14 was declared over in April, and Montpellier who were eighth, can feature in it.

The EPCR, who run both the Champions Cup and second-tier Challenge Cup, are considering reform for next season due to issues regarding the coronavirus pandemic.

Options include increasing the main tournament from 18 to 24 teams, which is the preferred solution for French sides, but the English Premiership and the PRO14 also have unresolved problems with both leagues postponed.

"We have particularly attractive formats available to us to do it. We will adapt in the common interest," EPCR president Vincent Gaillard told the paper.

This term's Champions Cup has been put on hold at the quarter-final stage due to Covid-19.

We live in a world where facts and fiction get blurred
In times of uncertainty you need journalism you can trust. For only R75 per month, you have access to a world of in-depth analyses, investigative journalism, top opinions and a range of features. Journalism strengthens democracy. Invest in the future today.
Subscribe to News24
Related Links
SA fans will have to set alarm clocks to catch NZ Super Rugby derbies
Irish legend slams SA PRO14 sides as 'waste of time'
IT'S ON! Dates confirmed for NZ's 'Super Rugby Aotearoa'
Next on Sport24
Josh Strauss chats to Sport24