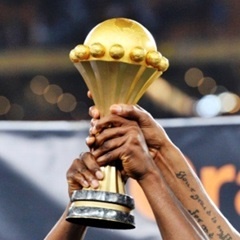 Paris - Midfielder Haris Belkebla has been kicked out of Algeria's squad for the upcoming Africa Cup of Nations after exposing his bottom in a video posted online.

The 25-year-old flashed his backside to the camera on a live stream uploaded to the Twitch platform while international team-mate Alexandre Oukidja was playing a video game.

"After consultation with the president of the Algerian football federation, Kheireddine Zetchi, the national team coach Djamel Belmadi has decided not to count on Haris Belkebla for the Africa Cup of Nations, for disciplinary reasons," the federation said on its website.

An apologetic Belkebla, who helped French side Brest earn promotion to Ligue 1 this season, said it was "a punishment that breaks my heart but which is reasonable on the part of the Algerian football authorities".

No replacement for the uncapped midfielder has yet to be called up into the 23-man squad.

Algeria won their only Cup of Nations title in 1990. They have been drawn alongside Senegal, Tanzania and Kenya in Group C for this year's tournament which runs from June 21-July 19 in Egypt.

We live in a world where facts and fiction get blurred
In times of uncertainty you need journalism you can trust. For only R75 per month, you have access to a world of in-depth analyses, investigative journalism, top opinions and a range of features. Journalism strengthens democracy. Invest in the future today.
Subscribe to News24
Related Links
Caster pays Banyana a visit before China SWC clash
Man Utd complete signing of Wales winger Daniel James
Jovic ready for fierce competition as Madrid's attacking options bulge
Next on Sport24
Africa has sufficient matchdays to complete catch-up next year