Itumeleng Khune explains why he deserves Bafana Bafana call-up: 'Critics will always be there' 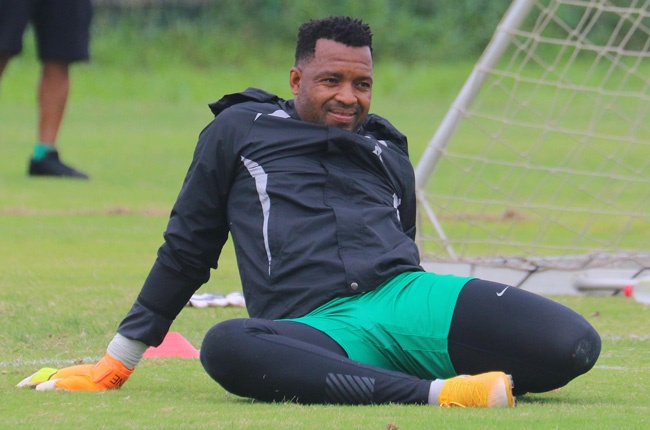 Bafana Bafana goalkeeper Itumeleng Khune is adamant that he deserves to be in the national set up after receiving his first call-up in over a year.

READ | Keeping conundrum: Khune, Keet, Williams … Who is Bafana's No 1 for Sao Tome and Principe?

The 33-year-old has struggled for game time at Kaizer Chiefs and national level for the past 18 months due to niggling injuries.

Khune is now hoping that all the injuries are in the past as he seeks to be chosen to stand in goal for South Africa.

Khune believes head coach Molefi Ntseki has selected him because of his experience which he thinks will add great value to the team.

For the upcoming fixtures, Ntseki has three goalkeeper options to choose from - Khune, Darren Keet and Ronwen Williams.

"I have no niggling injuries at the moment. I am ready to compete for number one at club level and here in the national team," Khune told reporters on Wednesday.

"I think that's why I was rewarded with the call-up by coach Ntseki. He believes that I can add value to the team.

Khune's call-up has stirred controversy on social media as many believe the goalkeeper is not the player he once was.

"To be quite honest, critics will always be there, and that's what brings the best out of every player," Khune continued.

"I think the strong mentality has kept me going since day one. I always turn negativity into positivity, and that has kept me going, and I will continue working hard at the club level to gain my confidence back. I was out for nine months, and I cannot be hard on myself.

"The guys know what I have achieved in my career, and there is no need to remind them about that. They all know, and they draw inspiration from me. I don't have to get to camp and start being big-headed and looking down on my team-mates."

Khune reiterates that he is happy to be a part of the team and that his presence within the camp motivates other players.

"My presence itself should say a lot. I am not an arrogant player, I am humbled. I think the other guys draw inspiration from me. We are here to work as a team and not as individuals.

"I am happy to be part of the team. There are a lot of youngsters coming into the team, and when they see players like me who are still playing and who have been in the game for more than a decade, they get motivated."

We live in a world where facts and fiction get blurred
In times of uncertainty you need journalism you can trust. For only R75 per month, you have access to a world of in-depth analyses, investigative journalism, top opinions and a range of features. Journalism strengthens democracy. Invest in the future today.
Subscribe to News24
Related Links
Molefi Ntseki: 'Bafana Bafana will cope with squad changes'
Molefi Ntseki's best chance to guide Bafana towards Afcon qualification
Keeping conundrum: Khune, Keet, Williams … Who is Bafana's No 1 for Sao Tome and Principe?
Next on Sport24
SAFA president Danny Jordaan: 'Anele's passing just sums up this dreadful year'