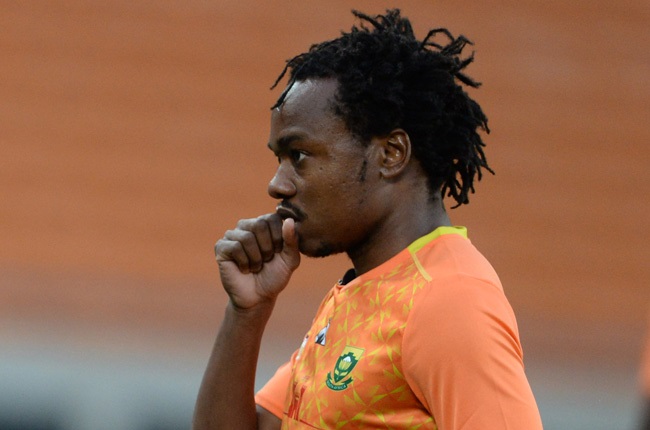 Bafana Bafana forward Percy Tau said they did their best despite being held to a 1-1 draw by a second-string Ghana in their 2021 African Cup of Nations qualifier at the FNB Stadium on Thursday evening.

Tau, who limped off injured in the second half also pleaded for fans to be patient with the team.

“They played with an extra midfielder and that changed the dynamic of the game. I’m proud of the guys though and I think they tried very hard. We have a few players who haven’t played at this level, but I think we tried very hard. We did our best. People may not understand, but we hope and love that at some point, they will understand that we’re also trying to win games but such results are part of football.”

Bafana, who were robbed of several key players, will also have to do without Bongani Zungu’s services as the midfielder has not been released by Scottish champions Rangers.

There’s also the significant matter of Bafana losing Andile Jali to what looked like a serious groin injury in the 21st minute.

Jali’s loss wouldn’t have been a big deal if Dean Furman was available, but their experience will be missed in Omdurman on Sunday when they face Sudan.

Tau said they have enough in their playing group to cover for the losses, even though they have a tough task awaiting them.

“It’s difficult when you don’t have the other guys because of the pandemic, but it is football and we tried our best. The guys are playing and doing well in the league. That shows our league is good. We just have to try harder and we have little time to work together in the squad and the players also understand that they want to make the nation proud,” Tau said.

To qualify for the 2019 African Cup of Nations in Egypt, South Africa needed to win their last qualifier against Libya, which they did through a Tau brace.

They find themselves in the same position as the draw meant Ghana (10) qualified and cannot be displaced by the other teams because of a better head-to-head record.

A draw on Sunday will suffice for Bafana Bafana (10) as Sudan (nine) not only need the points, but having lost to SA 1-0 in November 2019, also have an inferior head-to-head.

Head-to-head is the first determinant used to separate teams that are level on points in Afcon qualifiers.

Tau said their group has been difficult, but they can still reprise their smash-and-grab job from their March 2019 outing against Libya.

“We’re in a difficult group and other teams are finding it difficult. When Sudan won and had nine points, it’s different to them having six points. We’re looking forward to the Sudan game and if it means we have to win, we’ll celebrate in the way we would have celebrated today. We’ve still got another match,” Tau said.

We live in a world where facts and fiction get blurred
In times of uncertainty you need journalism you can trust. For 14 free days, you can have access to a world of in-depth analyses, investigative journalism, top opinions and a range of features. Journalism strengthens democracy. Invest in the future today. Thereafter you will be billed R75 per month. You can cancel anytime and if you cancel within 14 days you won't be billed.
Subscribe to News24
Next on Sport
Banyana coach Ellis says players look sharp after first training session