Pitso Mosimane: I wanted to take Bafana Bafana to Brazil 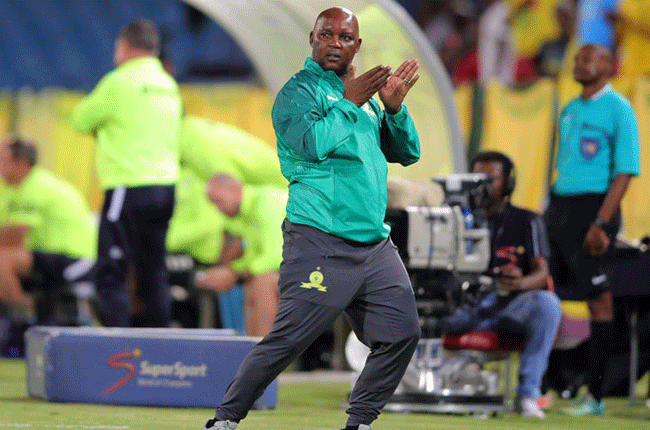 Mamelodi Sundowns boss Pitso Mosimane says SAFA did not believe in his vision when he was Bafana Bafana coach.

Mosimane was in charge of South Africa's national team between 2010 and 2012, after serving as Carlos Alberto Parreira's assistant coach at the 2010 World Cup.

However, his time at the helm was cut short when he failed to qualify for the 2012 Africa Cup of Nations, even though his end target was to take the team to the 2014 World Cup in Brazil.

"I begged Safa not to fire me, but they did. They were determined to get rid of me after that qualifier against Ethiopia. I said to them, 'we still have five matches to go, I can get the team to Brazil [for the 2014 World Cup]," Mosimane told Sowetan Live.

"Safa had invested so much in me. They sent me to go to courses abroad. I was the interim coach and then assistant coach to Parreira for the World Cup [2010]. But they didn't believe in my vision.

"We were drawing games against top nations like Ghana, Ivory Coast and Zambia, but Safa were swayed by some in the media. I admit I could have handled some matters better."

We live in a world where facts and fiction get blurred
In times of uncertainty you need journalism you can trust. For only R75 per month, you have access to a world of in-depth analyses, investigative journalism, top opinions and a range of features. Journalism strengthens democracy. Invest in the future today.
Subscribe to News24
Related Links
Liverpool take centre stage as title countdown recommences
Atletico eye Champions League as Getafe stumble again
Roberto Mancini tells Mario Balotelli to 'wake up' before his career sinks
Next on Sport24
SAFA deny that Molefi Ntseki is Bafana Bafana's assistant coach