Who will be next Bafana Bafana coach? Here are 6 possible candidates After the unceremonious sacking of Molefi Ntseki after failing to qualify for the 2021 Afcon tournament, Sport24 lists six possible candidates to become the new Bafana Bafana head coach.

Ntseki's fate was decided after failing to guide the men's national team to next year's 2021 Afcon tournament to be hosted in Cameroon.

The 51-year-old spent a Covid-19 interrupted 20 months in charge but only oversaw nine games, with a record of four wins, two draws and three defeats.

With a quick turnaround to the upcoming 2022 World Cup qualifiers as African teams face a congested fixture schedule due to the coronavirus, the South African Football Association (SAFA) has little time to appoint a replacement.

Bafana Bafana kicks off their Qatar 2022 qualifying campaign on May 31, with the new coach expected to guide the team to next year's World Cup.

Mosimane is probably the best candidate with the most tantalising profile for the newly-vacant Bafana Bafana head coach position. The former Mamelodi Sundowns tactician made history as the most decorated coach in the PSL era. The 54-year-old also guided Masandawana to the CAF Champions League back in 2016. A former Bafana Bafana head coach between 2010 and 2012, Mosimane's profile has reached new peaks, recently culminating in his appointment at Egyptian giants, Al Ahly. Because of this and despite being a highly much sought after candidate, the crucial task would be convincing Mosimane to give up that prestigious position in Egypt. With his focus seemingly set on competing on a global stage with Al Ahly while furthering South African coaches' profile in Africa, it seems unlikely that Mosimane would abandon this exciting project. During the appointment of Ntseki in October 2019, the then-Bidvest Wits head coach was sounded out during private talks as a possible candidate for the national team job. Hunt, though, on several occasions, has publicly stated that he was too young for the position of a national team head coach, with his preference being the day-to-day duties of club football. It was widely understood, though, in football circles that Hunt, a five-time PSL winner, would be next in line for the most important job in SA football. It went so far as contingency plans being sounded out for potential replacements by Wits behind the scenes. Since then, a lot has changed with Hunt appointed by Kaizer Chiefs but he has endured a rocky start to life at Naturena. If Hunt were to be relieved of his duties as he has come under increasing pressure in recent weeks, he would then become available and shoot to the top of the best available candidate for the Bafana gig. 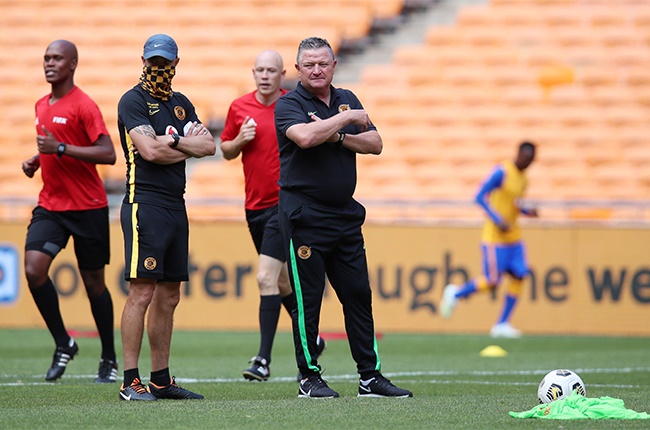 McCarthy has shone as a rookie head coach since his first spell at Cape Town City while also making an impressive start to life this 2020/2021 season in Durban at AmaZulu. South Africa's record goalscorer, McCarthy has proved a popular figure to be linked for a future role as Bafana Bafana head coach. The fans' calls have grown so loud that the 43-year-old had to distance himself on several occasions from the job. In doing so, like Hunt, McCarthy has also stated publicly that the job would be too soon at this early stage in his career and that he preferred a club role. Komphela had previously flirted with a return to the Bafana Bafana fray while at Golden Arrows with assistant coach, Vusimuzi Vilakazi, going so far as to promote Komphela's credentials for the national team job. An experienced coach with a distinguished history for Bafana Bafana as a player, Komphela could prove a dark horse as a candidate as he would importantly prove the cheaper option. Komphela has also somewhat restored his dented reputation since his departure at Kaizer Chiefs. He currently holds a senior coaching role at defending champions Sundowns, who have proven formidable this season under a new-look technical team. Renard and Carlos Queiroz are perhaps the best-qualified candidates for the vacant role, with both having vast experience with success in qualifying for Afcon and World Cup tournaments. The suave Renard has established a prolific reputation as one of the most sought-after coaches in Africa. The Frenchman became the first coach to lift two Africa Cup of Nations crowns with different countries in 2012 with Zambia and then Ivory Coast in 2015. He also guided Morocco to qualification for the 2018 World Cup in Russia. As the current head coach of Saudia Arabia, it would prove a complex and expensive task to pry him away. Renard's current position looks very stable with Saudi Arabia leading Group D in their World Cup qualifying campaign. Another former Bafana Bafana head coach, the Portuguese has a proven track record of qualifying for major tournaments. Queiroz led Iran during their most significant era to consecutive World Cups in 2014 and 2018. The Iranians impressed at Russia 2018 by just missing out by a single goal in qualifying for the knockout stages in a group consisting of Portugal and Spain. The 68-year-old was rumoured to have approached SAFA to discuss a return as coach of Bafana during the appointment process of Ntseki with the added attraction of his daughter being a resident of South Africa. He ultimately proved too expensive for the SAFA hierarchy, who settled on promoting Ntseki. Currently on a massive contract as the head coach of the Colombian national team, it would again, like with Renard, prove extremely difficult for SAFA to convince Queiroz to leave, especially ahead of a World Cup year in 2022. The only glimmer of hope for SAFA would be that Colombia have made a difficult start to their World Cup qualifying campaign which means Queiroz could soon become available. For SAFA, the process could ultimately prove a complex one as with most coaching appointments it wouldn't necessarily be the best from their list of candidates, but the most suited and importantly, available one.