Henderson: Liverpool 'can't get carried away' 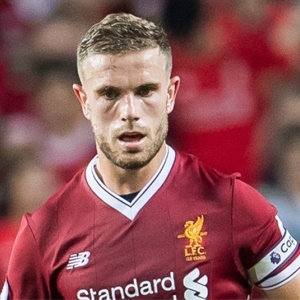 The Reds made light work of their Portuguese opponents with goals from Sadio Mane, Mohamed Salah, and Roberto Firmino giving them a massive advantage ahead of the return leg at Anfield.

"We can't get carried away," Henderson said. "It was a good performance and we try and make statements every time we play football with the way we play but that's all it is.

"It's a good performance, it's a win but we're still not through to the next round yet.

"We've got another game to go so after that we'll look forward, but for the time being it's the next game [against West Ham on Saturday] so we'll move on and learn from it as best we can."

The match saw Liverpool’s front three all find the net, with Mane helping himself to a hat-trick while Salah took his personal tally to 30 goals in all competitions.

"We played well tonight from the beginning until the end," Mane told Sky Sports. "We made many chances and I scored three goals.

"We scored five goals but more important is the team. The team did a great job and we won the game.

"I'm very happy for [Salah]. He's a great player and always tries to give his best and help us to score many goals. We're lucky to have him in the team."

We live in a world where facts and fiction get blurred
In times of uncertainty you need journalism you can trust. For only R75 per month, you have access to a world of in-depth analyses, investigative journalism, top opinions and a range of features. Journalism strengthens democracy. Invest in the future today.
Subscribe to News24
Related Links
WRAP: Champions League
Mane hits hat-trick as Liverpool crush toothless Porto
Ronaldo double as Real hit back to defeat PSG
Next on Sport24
'Real Madrid will not be kicked out of Champions League': Super League chief Florentino Perez