Belgrade - Paris Saint-Germain coach Thomas Tuchel said his side need to "stay humble" after they thumped Red Star Belgrade 4-1 on Tuesday and qualified for the last 16 of the Champions League, finishing ahead of Liverpool and Napoli to top a tight Group C.

First-half goals from Edinson Cavani and Neymar set the French champions on their way, before a bullet header from Marquinhos, Kylian Mbappe's injury-time strike and Liverpool beating Napoli 1-0 ensured first place in the group after Marko Gobeljic pulled one back for the hosts early in the second half.

"We made mistakes, but I really liked the reaction after Belgrade's goal. We controlled the match," said Tuchel to RMC Sport after the win.

PSG finished the group stage on 11 points, two ahead of second-placed Liverpool and Napoli, who were eliminated due to their defeat at Anfield.

Topping such a keenly-contested group is a huge boost for PSG, who have dominated French football since being taken over by Qatari investors but flattered to deceive on the continent.

Arrival in the knockout stage comes after two straight wins for PSG, with Tuesday's beating of Red Star coming after a crucial 2-1 victory over Liverpool that put qualification in their hands.

"We showed for a second time after the match against Liverpool that we are ready for this kind of match," added Tuchel, whose side began the group stage with a 3-2 defeat by the Reds at Anfield and then struggled to contain Napoli in the two draws with the Italian side.

However, PSG scored 10 goals in two games against Red Star, who beat Liverpool and drew with Napoli in Belgrade -- dropped points that allowed the Ligue 1 leaders to finish top.

"We are happy, we came for qualification and we showed our intentions (with the win)," said Mbappe, who also laid on Cavani's opener.

Asked about PSG's chances of winning the Champions League, Mbappe added: "We need to see what we'll have in front of us. The goal is to get to the quarter-finals, but we'll deal with what we are given in the draw."

PSG had Red Star on the back foot from the start, and their blistering attacking trio of Neymar, Mbappe and Cavani did not waste time in putting the away side ahead.

Just eight minutes were on the clock when Cavani tapped Mbappe's pass into an open goal, after the French teenage sensation met the excellent Marco Verratti's through ball, brushed Filip Stojkovic aside and slipped a perfect pass for the Uruguayan.

Red Star captain Stojkovic had a torrid evening, and Neymar made light work of the 25-year-old on his way to a wonderful solo goal in the 31st minute, dribbling into the box and sitting down the hosts' keeper Milan Borjan before lifting the second into the net.

The Ligue 1 leaders should have been out of sight three minutes before the break, but Mbappe wasted an excellent chance to make it three, again bursting through past Stojkovic on the left only to fluff his shot into the side netting.

Red Star came out firing in the second half, and could have scored twice before Gobeljic smashed past Gianluigi Buffon in the 56th minute to set the Rajko Mitic stadium ablaze with noise.

However Marquinhos snuffed their enthusiasm out when he met Di Maria's beautiful deep free-kick to make sure of the three points with 17 minutes remaining.

Mbappe's neat finish as the final seconds ticked away and Liverpool's win were the icing on the cake for PSG. 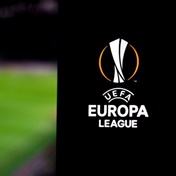