Juventus between Zidane and history 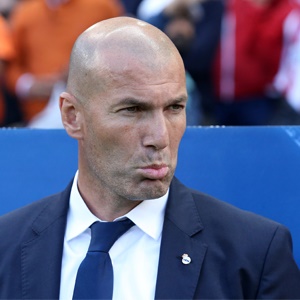 A head coach for only 17 months, the former France playmaker can become the first manager to win back-to-back European Cups in the post-1992 Champions League era.

Zidane had a hand in Madrid's ninth, 10th and 11th European triumphs - as a player, assistant coach and head coach - and the quest for the 'Duodecima' (12th) brings him up against an old flame.

"I played at Juventus for five years and I've got good memories of that time. It's a special final," said the Frenchman.

Victorious against city rivals Atletico Madrid in the 2014 and 2016 finals, Real are chasing a third success in four seasons.

It would allow them to proclaim European dominance with a conviction they last possessed during Alfredo Di Stefano's five consecutive wins of the late 1950s.

Zidane, 44, has already led his team to glory in La Liga, ending a five-year league title drought, as well as the Club World Cup and European Super Cup.

The 32-year-old Portuguese has exploded reports of his demise with stunning hat-tricks against Bayern Munich in the quarter-finals and Atletico in the last four.

With 10 goals to his name, he needs one more to equal Messi's tally in this season's competition and become a Champions League top scorer for the fifth season running.

"The team is in a sweet spot and we have to take advantage of that," Ronaldo told Real Madrid TV this week.

"We really wanted to win La Liga and that has taken a lot of pressure off us. Now we have a unique opportunity to be the first team to win (the Champions League) on two consecutive occasions."

'EYE OF THE STORM'

The final could prove a glorious homecoming for Madrid's Cardiff native Gareth Bale, although the Wales star is expected to start on the bench due to a calf injury.

While Zidane, Ronaldo and Bale hope their good fortune in the competition continues, Juventus goalkeeper Gianluigi Buffon is praying for a turning of the tide.

A beaten finalist in 2003 and 2015, the 39-year-old Italy great dreams of adding the ultimate club honour to the World Cup winner's medal he collected in 2006.

"For the past three or four months, Real Madrid have been playing top-level football," Buffon said.

"But we're also in top form and that's enough for me."

To prevail, Juve must shed their status of perennial Champions League bridesmaids, having finished runners-up on a record six occasions and lost their last four finals.

Italian champions for the sixth year running and Coppa Italia winners, the Turin giants are also aiming to become only the eighth club to complete the European Treble.

They were pursuing the same milestone in 2015, when they lost 3-1 to Barcelona in Berlin, but coach Massimiliano Allegri says his streetwise side are now ready to take the final step.

"There's more conviction. Since Berlin, we've grown a lot - everyone - and that's reassuring," he said.

"We're in the eye of the storm now and we're happy to be here. For me personally, getting to the final is a great joy. I will feel lucky when I sit in the dug-out on Saturday."

While Madrid possess the competition's sharpest attack, Juve boast its meanest defence, having successively shut down the sparkling attacks of Barcelona and Monaco en route to Cardiff.

Beneath a closed roof at the Principality Stadium - a first for a Champions League final - a classic contest beckons.