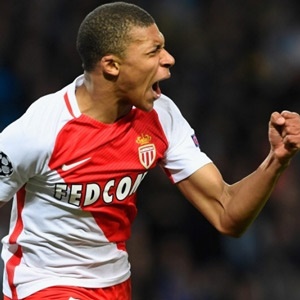 Cape Town - In-demand Monaco star Kylian Mbappe has revealed his dream to one day don a UEFA Champions League winners medal, as the chase for his signature continues.

The 18-year-old is a reported target of both Arsenal and Real Madrid, but with the Gunners failing to qualify for the Champions League, they are unlikely to be a real option for Mbappe.

The Frenchman has made it clear that he will prioritise signing for a Champions League side as he goes in search of silverware, instead of individual honours.

"[The Champions League] is a dream, a competition that everyone wants to win and that only a minority can win - the most important are the titles," he told Telefoot.

"That would be much more of an obsession for me than the Ballon d'Or, for example. I want to touch the stars and, when you dream, you do not dream of playing the middle of the table or maintaining it."

He added: "[The World Cup] is the number one goal at international level. As I always say, dreams are good but it's up to me to work for them."