London - Mauricio Pochettino said he was open to a change in football's concussion protocols as Tottenham Hotspur wait for an update on the health of defender Jan Vertonghen, who suffered a head injury against Ajax.

Vertonghen saw a neurologist on Thursday after a clash of heads with team-mate Toby Alderweireld during Tottenham's Champions League defeat by Ajax this week.

The 32-year-old Belgium international had to be helped from the pitch during Tuesday's 1-0 semi-final, first-leg defeat after initially being allowed to play on following lengthy treatment.

Tottenham issued a statement on their website on Wednesday saying Vertonghen had undergone further assessment and tests had been clear.

But the north London club's handling of the injury has been criticised and Spurs boss Pochettino said he was prepared to accept changes in protocols for head injuries.

"Today was his appointment with the specialist and we still haven't seen the report," he told reporters at his pre-match press conference on Thursday before Saturday's trip to Bournemouth.

"After the game was good, he was more relaxed and felt better. Now we need to see the report from the specialist.

"We don't know (if he can face Bournemouth), we need to wait. That is going to be a decision from the medical staff. We cannot guess now. We hope it is not a big issue and he is available soon."

The Argentinian added: "Always in that situation I am open, more than open, to improve the decisions. I think the most important thing was going to be the health of the player.

"It is not important, the game, the semi-final of the Champions League, the score, the priority is the player. I don't know if we need to change the rules, if we need another doctor."

Tottenham's participation in next season's Champions League will be guaranteed if they beat Bournemouth in their penultimate Premier League game of the season.

Spurs, Chelsea, Arsenal and Manchester United have all dropped points in recent weeks and all four remain in contention to finish in the top four behind Manchester City and Liverpool.

Pochettino accepted Tottenham are not enjoying the best of "circumstances" relating to injuries and a packed fixture schedule but has called for one last push from his side.

"The problem now is it's a decisive period for us," he said. "It's a key moment. Playing the second leg of the semi-final (against Ajax) and playing Saturday against Bournemouth.

"Now it's not to talk too much, to focus on our job and deliver. Finishing in the top four is our priority too." 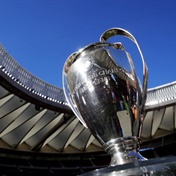