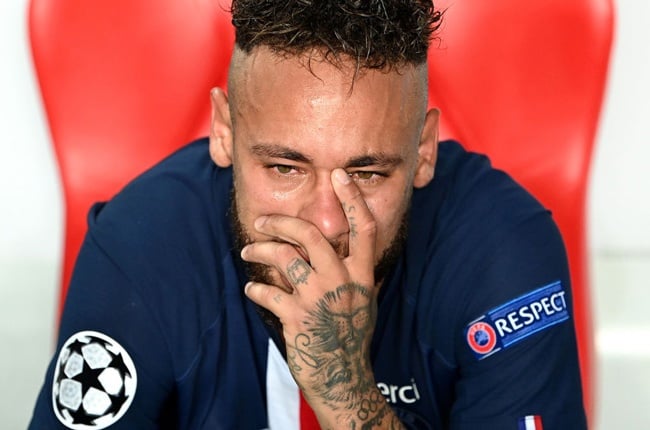 Moise Kean's second-half double gave Paris Saint-Germain a 2-0 win away to Istanbul Basaksehir in Turkey on Wednesday as the French side got their Champions League campaign up and running but lost Neymar to injury.

The world's most expensive player limped out of the action before the half-hour mark and went straight down the tunnel to join an already lengthy queue to the PSG treatment room.

He was replaced by Pablo Sarabia, but without the Brazilian the visitors ground out the victory after the break in a game that mercifully passed without incident despite the backdrop of ongoing diplomatic tensions between Turkey and France.

"It's his adductor muscle, but I hope it's not a real injury. He didn't feel good or free and that is why he came off," said PSG coach Thomas Tuchel of Neymar.

Nevertheless, the result allows PSG, last season's beaten finalists, to get off the mark in Group H, a week after they started with a 2-1 home defeat at the hands of Manchester United.

"We have lots of injuries, and maybe now is the time for us to fight, to try to win matches that might not be the greatest matches in the history of PSG," added Tuchel.

"Maybe we can do better, but it's difficult at the moment."

Kean, who is on loan from Everton, had already opened his PSG account with a brace against Dijon in Ligue 1 last weekend and the Italian forward put Tuchel's team in front in the 64th minute behind closed doors at the Fatih Terim Stadium.

Kylian Mbappe played the role of provider with a corner from the left that was headed home from six yards by the unmarked Kean.

Beaten 2-0 away by RB Leipzig on their Champions League debut after winning a first Turkish title last season, Basaksehir had come close to taking the lead in the first half.

Their skipper, the Bosnian international Edin Visca, twice narrowly missed the target from range, while PSG goalkeeper Keylor Navas made a key save to deny Deniz Turuc shortly after Kean's opener.

The French giants had also seen Sarabia shoot over to squander a glorious chance at the start of the second half, but Kean's opener calmed any nerves and he made it 2-0 with 11 minutes remaining.

This time a miscontrol by Mbappe fell kindly to Kean, who controlled and turned before firing past Mert Gunok to make sure of the points.

We live in a world where facts and fiction get blurred
In times of uncertainty you need journalism you can trust. For only R75 per month, you have access to a world of in-depth analyses, investigative journalism, top opinions and a range of features. Journalism strengthens democracy. Invest in the future today.
Subscribe to News24
Related Links
German league football ordered back behind closed doors
WRAP | Champions League
Orlando Pirates return to Soweto but held by brave Stellenbosch
Next on Sport24
Solskjaer calls on Man Utd to respond to 'blow' of Basaksehir defeat