Paris Saint-Germain defender David Luiz believes Diego Costa will be the key in Chelsea's bid to overturn their Champions League deficit on Wednesday.

Luiz spent three-and-a-half years at Chelsea before moving to PSG for £50 million in 2014, during the same transfer window Costa arrived at Stamford Bridge.

While the pair have never played on the same team together, Luiz has plenty of experience playing against the striker in the Champions League over the last couple of years.

The Parisians knocked Chelsea out of Europe's elite club competition, having knocked them out in the last-eight of the competition on away goals courtesy of a Luiz strike in the second leg.

The sides were again drawn together this season and the French champions take a slender 2-1 lead into the second leg at Stamford Bridge on Wednesday and Luiz believes Costa could be the difference between the sides.

"He's a great friend," Luiz told French TV show Telefoot. "He's a great player. It's his style of game to make contact, to talk, to never be intimidated.

"You think he isn't on his game but he does that so that the first yellow card is usually for the defender and never for the attacker. He gives his all for 90 minutes.

"It's not easy to play there, Chelsea are capable of changing a lot of results. We have to be careful," he concluded.

We live in a world where facts and fiction get blurred
In times of uncertainty you need journalism you can trust. For only R75 per month, you have access to a world of in-depth analyses, investigative journalism, top opinions and a range of features. Journalism strengthens democracy. Invest in the future today.
Subscribe to News24
Related Links
Mata keen to learn from red card
Wenger praises Ospina
Defoe confident of Sunderland survival
Next on Sport24
Morata double gets Juventus off the mark in Kiev 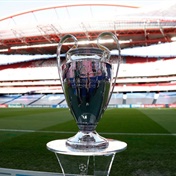